Cody Johnson is our Einstein 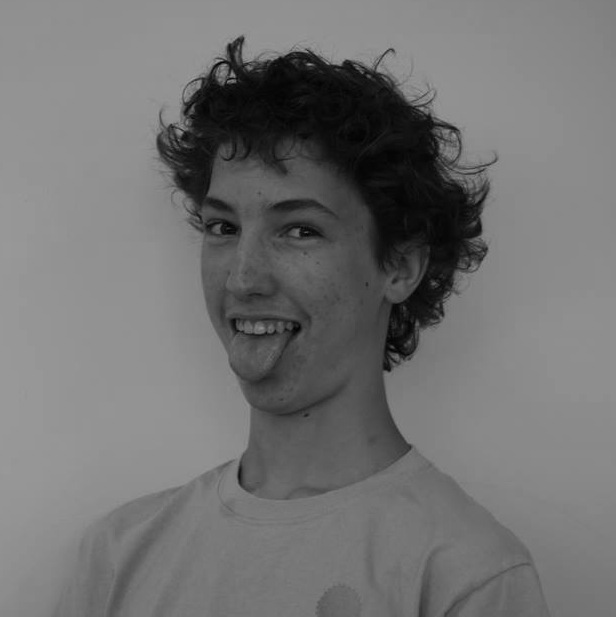 The New Einstein: In 1951, Albert Einstein posed for a photo with his tongue out because he supposedly got tired of smiling for photos. here, Johnson mimics that photo. Photo by Justine Seligson '15.

From playing competitive Yu-Gi-Oh in first grade, to completing AP Calculus AB in one weekend as a freshmen, battling to be on top has always been a part of the nature of Cody Johnson ’15.

He helped Einstein’s nephew research HIV and seized the position as president of the math team. He has completed five APs, is currently taking 13 and plans to take eight next year so that he will graduate next year with a total of 26 AP classes.

A typical Wednesday morning for Johnson begins at 7:30 a.m. when he learns about the partial pressures of gases in AP Chem. He ends the day learning about elasticity in AP Economics. Johnson immediately starts his homework after school. After that, Johnson does math.

He is currently training for the Worldwide Online Olympiad Training (WOOT), which means he is learning how to solve linear recurrence relations. At 9:30 he goes to sleep.

Recently, Johnson and several people from around the world created “Proofathon:” a proof-based math contest.

“The inaugural [Proofathon] competition is on October 26 and 27. And it’s already pretty famous in the math world,” Johnson said.

“He’s very witty. He thinks really quickly and is able to come up with something funny with good timing,” Nick Massoud ’15 said.

Johnson has had a head start on college since his sophomore year when he took Discrete Mathematics at Fairfield University. This year he is taking Differential Equations at Norwalk Community College. Johnson plans to be either a businessman, own a company or create his own invention. If all fails, Johnson’s back-up plan is to work at Google as a computer scientist  or work for the National Security Agency.

“I just really aspire to go to MIT, and I know that top-notch grades are essential in this process. I simply won’t allow myself to get bad grades,” said Johnson. “I recognize that getting in is a challenge, and challenging myself is what drives me to be who I am.”

Along with his other talents, Johnson played guitar for the punk band “The Lazy Rivers.” He is now writing a fusion rock solo album called “Class of the Class,” based on his observations of society and punk bands he has seen in concert.

Johnson’s work ethic comes down to, “Competition, motivation, and perfectionism. It’s enabled me to become good at many of my talents,” he said.