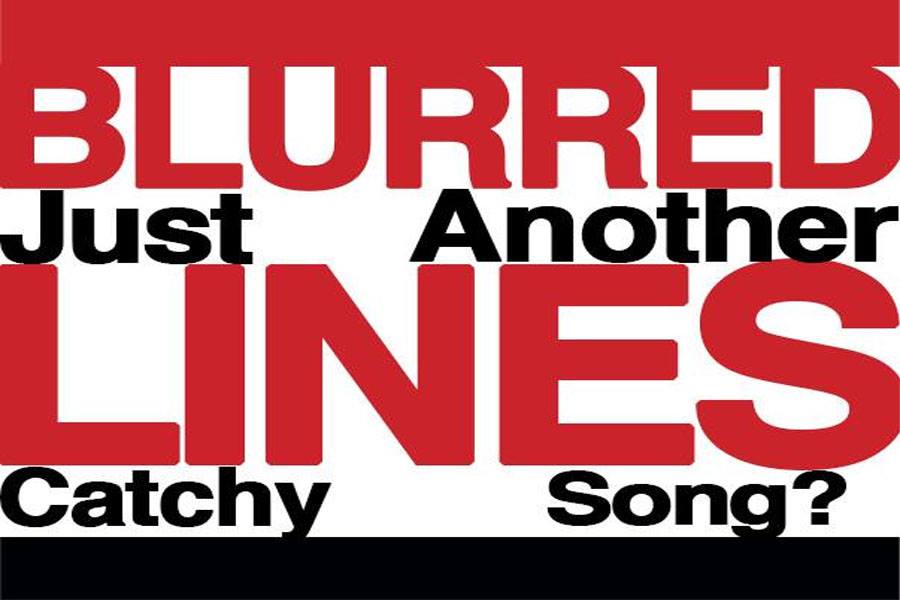 Whether it be while busting out moves at parties, head bobbing and banging on the wheel while driving, or simply belting and air-banding in the shower, it’s almost impossible to escape the familiar beat of “Blurred Lines” by Robin Thicke.

The summer soundtrack of barbeques and lazy days at the beach has been enjoyed by millions, but it is now stirring controversy. If you bring up the song in any situation, there will be a conglomerate of reactions, possibly including that the song is either “rape-y” or that the song is so memorable you just can’t get it out of your head.

It’s either one extreme or the other.

However, does the Staples population, being high schoolers, feel any different about this song than the general public?

Sydney Malkin ’17 simply enjoys the undeniably catchy beat and is thrilled when she hears Thicke’s voice. “When I hear it come on the radio, I just want to get up and start dancing!” says Malkin.

It’s not just the younger generation that enjoys the pop sensation. Amanda Horowitz ’14 finds that it creates a rather unique bond between her and her father, who also happens to love the song. “Whenever we hear like the first two seconds, it’s instant jam session,” says Horowitz.

Although the actual song may be inarguably fetching, the uncensored video that accompanies it, as well as the message about “blurred lines” of sexual consent, make it difficult for people to rebut the offensiveness of the entire Blurred Lines package.

There is one group of people in particular that is superiorly appalled: feminists all over the world are objecting the objectification of women in this song. One particular feminist, Melinda Hughes, actually created a parody of the music video called Lame Lines, where the roles of the men and women were reversed.

When you turn on the television and flip to MTV or VH1, the censored version of the music video will be screened and provided for your enjoyment.

It seems innocent enough, you may think. Simple: some risque costumes and flashing hashtags all over the place.

The original video, though, features topless models dancing and strutting their stuff around Thicke.

Nick Ribolla ’16 is shocked at the graphic aspects of the video. “It’s essentially straight up pornography,” says Ribolla.

To add to this, the ease of accessing the video is almost unbelievable. Anyone can easily log on to YouTube, and by clicking a box confirming (without any proof) that they are 18 years of age, they are instantly enjoying all the nudity that they video has to offer.

While the image of Miley climbing out of a teddy bear and stripping down have scarred many, Robin Thicke seemed to have survived his explicit duo with the pop-star without receiving any criticism.

Many, including Jenna Patterson ’16 focused on the fact that Thicke is both married and has a young child, but still allowed a woman 15 years younger than him to dance and touch him inappropriately with a foam finger. Yet somehow, Patterson complained, he was “completely let off the hook.”

“It takes two to tango, especially that kind of tango,” says Patterson.

Whatever the opinion, it doesn’t appear that “Blurred Lines” is going to making an exit from the public’s eye anytime soon, whether it be on music playlists or the features section of a school newspaper.