They See Me Rollin’, They Hatin’: The Dangerous Situations Teenage Drivers Get Into 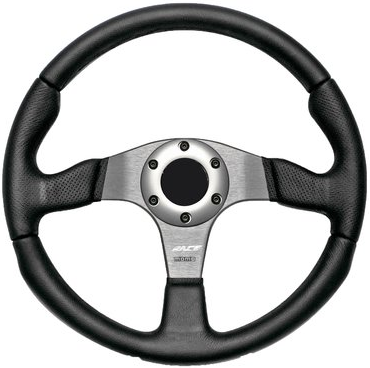 It’s midnight on a Friday. A siren goes off. The flash of red and blue lights in your rearview mirror catches your attention. Your heart rate increases. You almost lose your grip on the steering wheel because of your sweaty and trembling hands. You pull over to the far right lane and catch your breath. You pull down the window as a police officer walks over.

You’ve just been pulled over by the cops.

“I only had my permit over February break, but I wanted to go to my friends in New York. So, I told my dad I was going to an all-day ‘Harry Potter’ marathon,” Seth Eugley ’14 said. “I took the car without him noticing and drove to New York. I’d never been on the highway before, so merging was pretty intense, but I figured it out.”

It’s in the movies. An apparent “thug” speeds away as the police come from all sides. 10 police cars and four helicopters surround her gold 1970 Cadillac DeVille. As she steps out of the car, several policemen point their guns at her.

Yes, you did see the speed limit sign, not the police.

Reality hits that you are teenager who just got your license and are driving late at night. The chances of a ticket are higher.

A typical 16th birthday for Staples students is waiting at the DMV to receive their one-way ticket to freedom and independence: the permit.

However, for most rebellious teens, getting their permit means the following: blasting any kind of rap in the car (possibly 2 Chainz, A$AP Rocky or Jay-Z), driving with a few friends and no parent, or speeding on the highway like there aren’t any other cars.

Then there’s snow, one of the most deadliest things for a new driver.

If you’re a new driver, you definitely should not be trying to go anywhere when it’s snowing. Take advantage of having no school and stay home.

“During a storm, I was driving back home at night and couldn’t see a thing. So, I had to pull onto a side road and have my parents pick me up,” said Jessica Felton ’13. “And then, they couldn’t see while driving either. So, I drove to my friend’s house around the corner and stayed there.”

If your eyes are not on the road for a time as short as a second, anything can go wrong. Sneezing is an issue of paranoia for a  new driver.

“Sneezing while driving is terrifying! I always think something bad is going to happen in that split second while I close my eyes,” said August Laska ’13.

Advice: don’t forget to take Claritin before you drive.

Most importantly, always remember: You’re a high school student, not a NASCAR driver.