More than Just A Pretty Face: The Brains Behind The Pageants 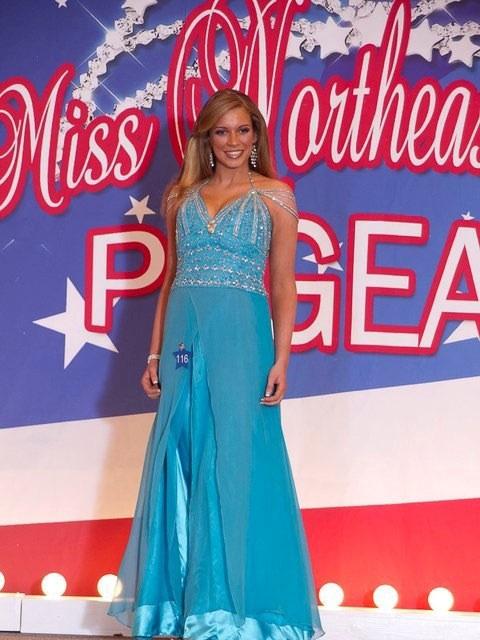 Most people commonly associate the title “Beauty Queen” with a contest for the prettiest smile, the most glamorous makeup, or the most impressive strut while clad in a swimsuit—yet these connotations may leave the most important aspect of pageantry out: the humanitarian role.

“Everyone tries to help his or her community, and this is our way of helping,” said Jasmine Henry ’13, a pageant contestant since the age of 8 and a winner of five titles.

Henry currently reigns as Miss Teen Connecticut International, but her experience in pageantry has been far from what the nation watches on “Toddlers and Tiaras,” a show that exposes the realities of certain children’s pageants.

What most don’t know, Henry explained, is that winning a pageant means accepting a title, and that this title gives one the chance to “advocate a platform,” or use that title to address a problem and attempt to fix it.

Henry has addressed eating disorders and binge drinking during her reign, and has had the chance to work with Positive Directions, a non-profit organization which, according to their mission statement, provides communities in Southwestern Connecticut with prevention programs and treatment services for mental health and addictive behaviors.

There may be a glam factor to pageantry, but Henry believes there are many more important factors that play roles in her attachment to pageantry. For one, Henry has seen the beneficial power that a title can have on the kids she is trying to help.

In addition to working with Positive Directions, Henry frequently volunteers at hospitals.

It is in those halls that Henry sees the real impact of pageantry. “When you go to a children’s hospital and you walk in with your bag of stuffed animals and books, and you just see their faces, and the reactions, and how they feel when you let them try on the crown, you know that you made their day just a little bit better, and that makes a difference to me,” said Henry.

In two years of pageantry, Sara Andros ’12 has also grown attached to its not-commonly-known components.

Originally interested in pageants as a tool to better her public speaking skills and self confidence, Andros has come to a conclusion that while people are not familiar with what takes place after the contests are done.

Andros may only compete once every two months or so, but her contributions to  as pageantare far more time consuming. Andros has participated in pageants that have organized parades for breast cancer awareness or arranged walks for multiple sclerosis.

“I hate Toddlers and Tiaras,” said Andros, who believes that the TV show pays no attention to interview sections or the platforms.

For example, in Andros’s last contest she was asked to comment on Ayaan Hirsi Ali, a Middle Eastern woman who has strived to defend women’s’ rights in Islamic societies.

While Andros disapproves of certain parts of pageantry, such as the costumes and the pageants that don’t require interviews or platforms, she has gained confidence, social skills, and life lessons from a hobby commonly written off as a beauty contest.

“[Pageantry] teaches you to handle not being successful, and it’s taught me that if I try my hardest, that’s good enough for me,” said Andros.

She believes this comfort aspect transfers to many other parts of her life, including her academic studies.

Another way Andros has linked pageantry to her academic life is through the college process.

Andros described how pageant contestants often deal with harsh judgments or losses in one phrase: “different judges different day,” a wise statement that can easily be applied to college rejections.

Beth Andros, Andros’s mother, also believes pageantry has given Andros a leg-up in the college process, an opinion that has come full circle since Andros first asked her mother if she could try pageantry.

Originally, Beth Andros had premeditated ideas on pageants, based on the bad reputations they can receive from the media.

But after Beth Andros saw her daughter’s first pageant and the work that went into it, including preparation for public speaking, improvement on her posture so she could be poised at all times, and the development of exceptional presentation skills, Beth Andros was “amazed.”

Now, Beth Andros completely supports her daughter, and gives partial credit to pageantry for her daughter’s acceptance into college.