School Pictures: Give or Take, A Laughing Matter. 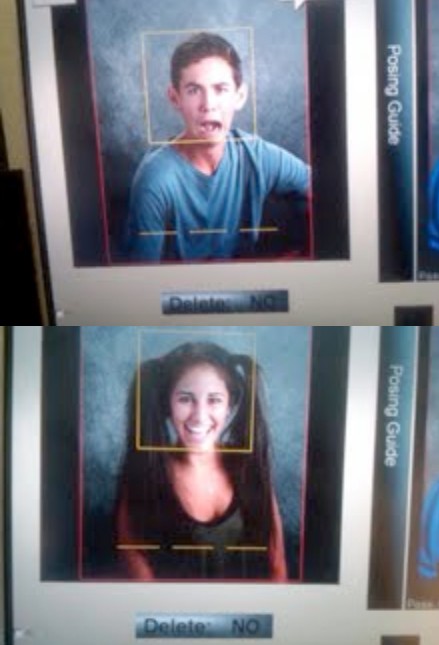 “Ugh, I just look so awful in this picture, when are retakes?” or any variation on such a phrase are standard fair for post picture day proclamations.

Picture day, for decades, has been a large part of high school tradition. It’s the day when students wear their nicest clothes, put on their most enticing grin, and make sure the camera loves them. It’s what people see in the yearbook, when they look back years later, and the picture that gets placed onto your student ID.

However, with the senior portrait taking the place of the yearbook picture, this year’s standard in-school photo taking process was taken considerably less seriously by the Staples Class of ’11.

The only actual use for these in school photo’s are for student the seniors’ IDs, and therfore is not something that holds much importance to them. So with this in mind, it seems that the senior grade has taken advantage of this insignificance and turned the pictures used for the IDs as an outlet for humor.

This year, the senior jokesters have exceeded expectations with their silliness. They have not stopped at simply making silly faces for the camera. A popular tactic is when a certain student is called up to have their picture taken, and a friend of there’s goes in the place of the actual student.

Another rare, but indeed true occurrence, is the coveted and risky maneuver of the double photo. In this seldom seen display of absurdity, two students pose together in the same frame, for one student’s ID picture.

This issue brings up a bit of a conflict for who’s to blame. Is it the fault of the students, who refuse to take this process seriously? Or perhaps is it the photographers, who allow such tomfoolery to take place?

“It is not the responsibility of the photographer. They are not teachers, they are not administrators, and they’re just simply doing their jobs.” Dodig said on the matter. Although he feels quite strongly in regards to the student’s responsibility of the situation, he said, “As long as they’re not obscene, I don’t mind. However, I believe in 40 years when they look back on this, they’ll definitely regret it.”

For a student’s perspective on the absurd senior ID pictures, Matthew Lindahl ‘11 said, “I believe as long as the photo does not interfere with the identification process, a silly picture is A.O.K. Sometimes, even preferred.”

While both parties of administrators and students agree that this matter is not one to be taken too seriously, the differences are shown with how the general joking nature of the pictures should be viewed.

Regardless, students might take this act of senior silliness as a reminder that high school is one of the last times in life to act like they are young again and maybe at certain times, it’s important not to take these little things so seriously.