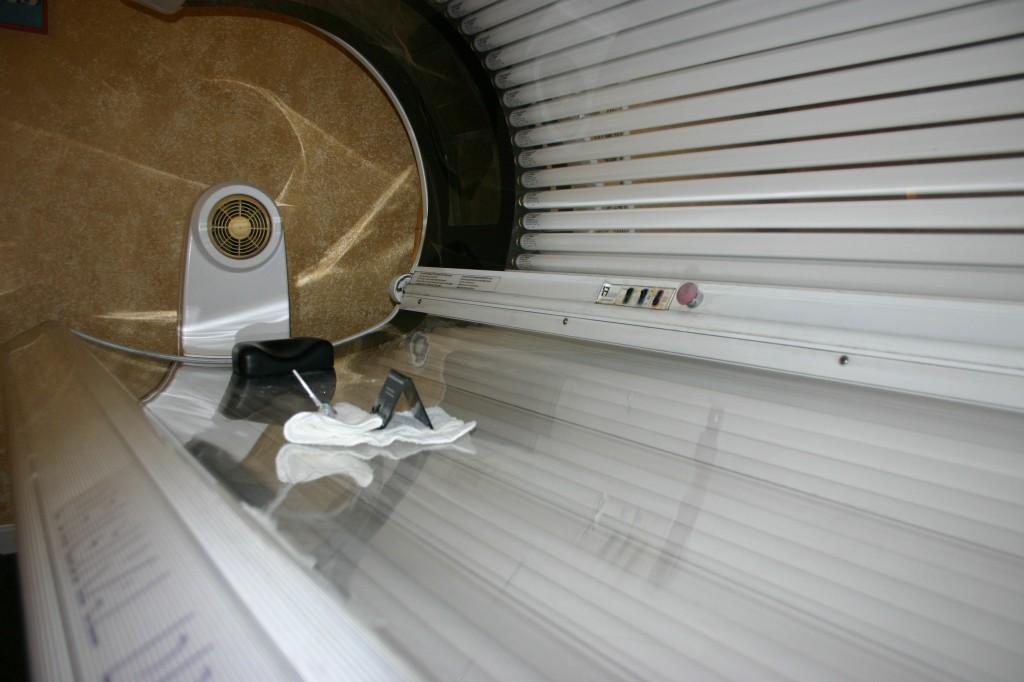 According to an article published by the Skin Cancer Foundation on March 24, 2004, 37 percent of female and 11 percent of male white American adolescents between the ages of 13 and 19 have stripped down to their bathing suits, strapped on their goggles for safety, and switched on the aqua–colored glow of the tanning bed.

The answer for why they choose to tan varies from person to person. They could do it to build a base tan for their trip to the Caribbean, or to try to get more Vitamin D, or simply to look better.

And then there are the people who wouldn’t dare step foot inside a tanning salon, because they think it’s distasteful, or a waste of money.

So what’s the deal with tanning beds? Are they terrific- or trashy?

Oestreicher said that tanning beds can be responsible for skin cancer, due to the strong UVA rays emitted from the bed. The strength of the UVA rays in tanning booths is much stronger than that of sunlight.

In addition to skin cancer, there are also many nasty fungi lurking on the tanning bed.

Dangerous skin infections such as STAPH, which can be potentially life-threatening, can be easily transmitted from person to person on a tanning bed, and according to Oestreicher, “those booths are not cleaned by rocket scientists.”

Yet, a lot of tanners know these facts from the plethora of middle school health videos and pamphlets lying out in the waiting room at the doctor’s office, and they continue their pilgrimage to the tanning salon.

So why do they still tan? To look good, naturally. A study by the American Academy of Dermatology shows that 80 percent of people under the age of 25 think they would look better with a tan.

However, Dr. Oestreicher said that there are repercussions for that perfectly tanned face.

In addition to wrinkles, frequent tanning can also cause unsightly brown spots.

And don’t even think about bedding it up to get a base tan: Oestreicher said that there is no such thing as a base tan; “the best base tan is a healthy sunscreen.”

There are options, however, for those insistent on looking like they just got back from Jamaica: Spray tans are great, if you do not fear the dreaded pumpkin-orange color commonly associated with the spray tan. Bronzers can also add some color to your dull cheeks.

Although it may not look as summery, leaving your skin pale is a lot better for you. “There’s no such thing as a healthy tan,” Oestreicher said.