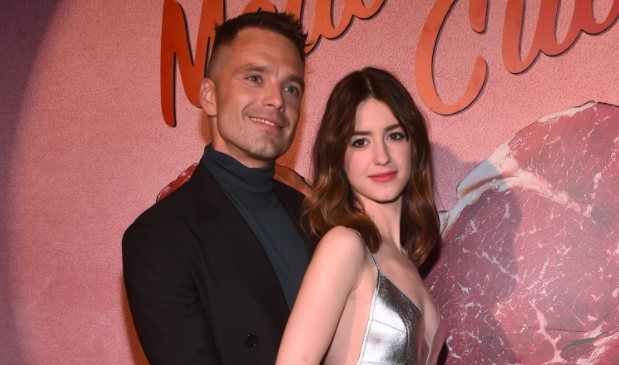 The horror-thriller film 'Fresh,' released March 4, explores the horrors of the modern dating world through the story of Noa, played by Daisy Edgar-Jones (right).

If something seems too good to be true, it probably is.  That’s the lesson in “Fresh,”  a horror-thriller released March 4, 2022.

The movie stars Daisy Edgar-Jones and Sebastian Stan, and was directed by Mimi Cave. It follows the story of Noa (Edgar-Jones), a woman in her 20s, perhaps early 30s, who is fed up with terrible guys she meets on dating apps. After a series of failed dates, Noa decides she is done with trying to find a man.

But nearly right as she temporarily swears off dating, she has a meet-cute with the charming, polite and funny Steve (Stan) in a grocery store. They immediately click, and her outlook on her dating life changes. Quickly, Steve proposes a weekend trip, and that is when Noa finds Steve’s facade beginning to unravel… violently.

This movie is definitely NOT for everybody. It does center around cannibalism as the main element of horror. And for horror fans, it’s much artsier and quirkier than typical horror. However, Cave combines the horror and stylistic aspects very tastefully, so that they don’t seem to clash.

The movie is at first not set up to feel like a horror film. Until the disturbing title card scene about 35 minutes in (a bold but worthy production choice), it feels like any other drama you may have watched, and even has aspects of comedy.

But as you look back upon it, signs of the characters eating and close-up shots of parts of the characters’ faces and meat in the restaurants were warnings for what was to come. The film goes from pretty regular to horrifying after that scene, another abrupt way to shatter the seemingly-perfect relationship the main character was in.

The soundtrack being  woven into the movie absolutely captivated me as well. It mirrored the progression of the story perfectly, starting off light, ethereal, with almost a dreampop type of feel. However, as the movie progressed and the horrific parts began, the songs began to take on more of a creepy tone and background instrumental crept its way more into scenes. However, even in the less graphic, horror-like scenes, the alternative soundtrack remained an integral part of the story, particularly in a now internet famous scene of Noa and Steve dancing together.

Finally, what stood out the most were the actors’ performances, especially Daisy Edgar-Jones’. It’s not easy to portray such a story with so much care, and Edgar-Jones, with a horrifying and nuanced accompaniment of Stan, nailed every single emotion that could’ve been felt by her character, Noa. The fearful looks in her eyes, her desperation and her connection to other characters with her dialogue made the entire story all the more believable, and therefore, more horrifying.

The film is not for the faint of heart, but if your stomach is up for it, “Fresh” is a 4-star movie absolutely worth its watch.