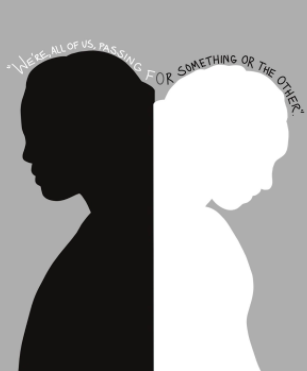 I would rate the film four and a half stars out of five for its success in tackling an elaborate topic with sophistication and pleasurable historical recreation. The plot formulates each character's looming struggle with identity, even articulating in the film that “we‘re, all of us, passing for something.”

One might think that returning to black and white filmmaking would reverse the incredible advances we have made in the film industry. The loss of color that often creates tone and emotion in a scene may turn viewers away and the gray scale may feel drab to some. But none of this is lost in debut director Rebecca Hall’s new Netflix film “Passing,” based on Nella Larsen’s 1929 novel.

The movie portrays complex concepts surrounding race in the 1920s through simple yet powerful scenes and acting by the two main female characters. It is a must watch for all to aid understanding of the conflict that comes with betraying one’s community while yearning for a better life. Specifically, Hall showcases this idea through the eyes of African Americans of light skin with the opportunity to “pass” as white Americans.

The film is set in New York City in the 1920s. Cloche hats, gloves and short haircuts are easily recognizable, making the costuming quite strong. The story follows biracial mother and wife of a black doctor Irene Redfield (Tessa Thompson) who is living a peaceful and quite happy life in Harlem. Irene is able to pass as white and uses that to her advantage on certain excursions around the city, passing in and out of the color line.

She runs into a childhood friend she doesn’t recognize at first, Clare Kendry (Ruth Negga), on one of these outings. Clare, a lighter-skinned person, is now a blonde and lives as a white woman, deceiving her white husband who expresses disdain for those of color.

Clare’s reappearance into Irene’s serenity creates complications for Irene as the viewer follows their relationship over the years and the impact it has on her family and own inner mind. Clare, who initially expressed enjoyment of her white lifestyle, grows to prefer the black community, finding it more lively and interesting than the “pale life” of hers. The plot formulates each character’s looming struggle with identity as Irene even articulates that “we‘re, all of us, passing for something.”

The choice of shooting in black and white mixed with the actresses ability to deliver elegance and complexity at the same time had me pleased at the end of my viewing. I felt the lack of color in the film added to the plot’s uncertainty of race blurring the lines of placing each character into a racial category while not taking away from the tone at all. The lighting and music was able to convey the differing moods throughout the movie, whether it was the lively warm gatherings in the black community to the darker, harsher moments where Irene grappled with feeling in control. Both Thompson and Negga’s performances were impressive and consistently captured my attention with their chilling expressions and appropriate projection.

But the film’s commentary and message itself left lots up to interpretation with the dramatic ending. The actresses commented on the real world application of the film’s theme confirming how the altering of identity is a shared experience. “I think we all wear a mask of a kind, many masks, and sometimes we switch them in and switch them out,” Negga told The Hollywood Reporter. “I think that’s just basic survival, really.”

Director Hall herself utilized her own personal history of her grandfather’s active passing to give meaning to her adaptation of Larsen’s novel. “As I read the book, I had a real gasp moment because…Suddenly, those aspects of my family life that was tinged with so much mystery and obfuscation, there was a reason for that,” Hall shared during an NPR podcast. “Like, obviously, my grandfather was passing white. It explains why the story about his heritage, his background, wasn’t passed down.”

Watching “Passing” as a white female, I appreciated the film’s ability to open up the sea of struggles these women face in a way I could understand as one who never will experience it. You see the tension between the women seeking a substantial and successful life while attempting to be accepted against possibly turning their back from their community in the process. Overall I would rate the film four and a half stars out of five for its success in tackling an elaborate topic with sophistication and pleasurable historical recreation.