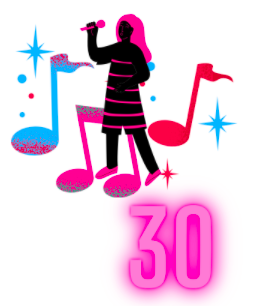 Adele’s new album ‘30’ was released on Nov. 19. The album consists of 12 new songs and is her fourth studio album.

The last time we heard new music from Adele was in 2015 when her album “25” was released. Ever since, fans have been anticipating a new album over the last six years. On Nov. 19, her new album “30” was dropped, and many songs have already reached the top 100.

This album deals with the singer’s divorce, growth and change as a person. Her songs present a more mature voice as she has gone through many life-changing events over these past few years.

The entirety of the album is a tribute to reflecting and being able to recognize herself again. The song writer shares that she experienced anxiety following her divorce and wants to present herself to her son in the most honest way possible, like in the song ‘My Little Love.’

As a huge Adele fan myself, I was beyond excited to listen to her new music. However, I was unsure of what messages would be displayed through her songwriting and what the tone of the overall album would be like.

Watching her perform on Nov. 14 at the Griffith Observatory in Los Angeles where she premiered a few of her songs truly showed how passionate she is about her new music and the importance of being open with your feelings. I appreciated this because, especially during the pandemic, many felt alone. Through her music, Adele writes about how it’s okay to experience these lonely feelings and that it can lead to personal growth, which she personally experienced during the pandemic.

After giving the album a first run through, I felt as if I was in the room with her as she wrote these songs. I could immediately feel the emotions that were spilled into the song lyrics. I instantly felt this way with the first song she released from the album a few weeks ago, ‘Easy On Me.’ This song especially indulges in her relationship and explanation of her divorce to her son.

My heart definitely could feel Adele’s pain in her new album. Without a doubt, ‘30’ will be a top selling album and could award Adele a few new Grammys once the time comes.

Overall, Adele’s new album ‘30’ is one that touches close to many hearts. The message about being able to open up and grow as a person is something that so many could relate to and can also help people talk openly about their feelings. This album will not be forgotten and should be seen as a light in a dark tunnel.