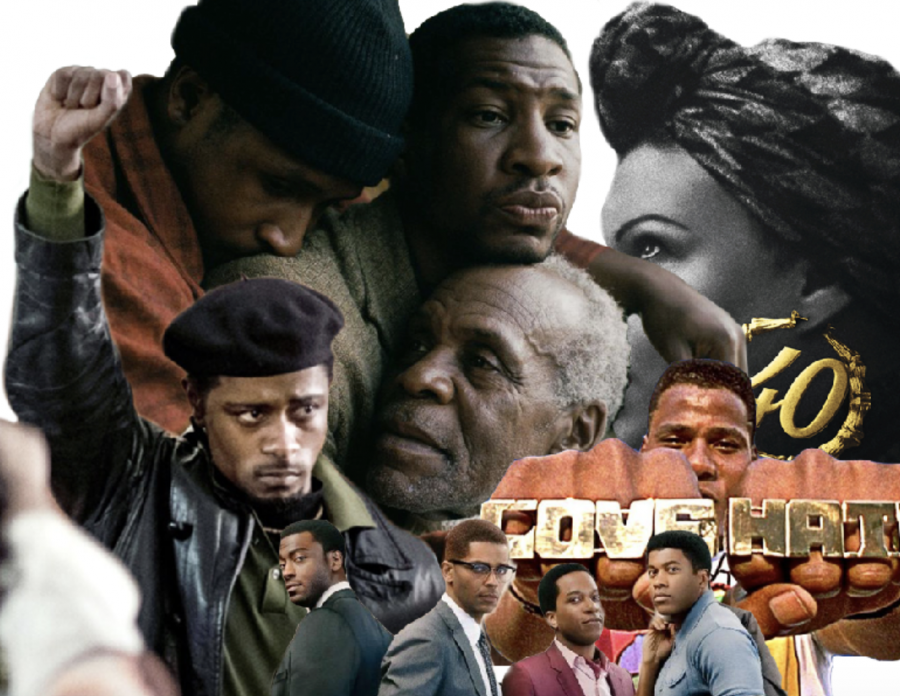 Through my Black history month movie list, I aimed to educate myself as well as give myself an excuse to watch movies that have long since been on my list. Out of all of the movies I watched, “The Last Black Man in San Francisco” was by far my favorite. The film’s dazzling cinematography and heartfelt plot made it a truly unique production.

Afraid another Black history month at Staples would again pass unrecognized, I decided to take matters into my own hands. At first I wasn’t exactly sure how to do this; I had no idea how to tackle such a large amount of history in an effective way. That’s when the idea of creating a Black history month movie list dawned on me. I quickly came up with a list of about 20 movies, all of which either discussed an aspect of Black history month, were created by Black directors or gave me better insight into Black stories and perspectives in general.

Paired with a disjointed and unsettling score, incredible acting and a somber storyline, “Judas and the Black Messiah” is a movie that is a gut-punch to watch. Based on the true story of an FBI informant embedded in the Black Panthers in 1969, “Judas” is a movie that forces its viewers to confront the extremities of racial injustice during the late 60s. This movie is one I’d been anticipating for weeks. For one, Lakeith Stanfield, who plays the informant, is one of the most exciting new actors of the past decade. Over the past few years, Stanfield has flawlessly embodied a diverse range of roles with acting that feels truly believable. This movie was no exception. That being said, the movie often threatened to fall into the trap of following dead-end subplots and more than once seemed to lose its focus. All things considered, this movie was a difficult watch but an important one. It was especially meaningful to watch considering that in all my time at Staples, I’ve learned little to nothing about the Black Panthers and other influential Black leaders discussed in this movie. Because of this, this movie truly served the purpose I had intended for this February movie list as it gave me a better understanding of a time period I didn’t realize I was so ignorant of.

Quite sincerely, I knew “The Last Black Man in San Francisco” was going to be one of my favorite movies within the first few minutes. There were endless things to love about this movie. Alone, the cinematography was incredible: every single shot of the movie was gorgeous and filled with amazing lighting. As a photography student, I couldn’t help but be blown away. Secondly, the storyline broke away from “Black trauma” movies, an ever-present genre in cinema. While the movie has been criticized by a few who claim the film beautifies the grimnes of issues like gentrification that plague many in the Black community, I disagree. To me, this movie proved that cinema has evolved into being able to discuss topics like gentrification without giving up the heartwarming and complex storyline. I felt this movie held a high level of authenticity and this was corroborated when I found out that the actor who played the protagonist actually made this film based on true events from his real life.

As much as I wanted to enjoy “One Night in Miami,” I found myself struggling to sit through the long scenes that felt rambling and without direction. At times, I found myself breaking a sacred movie-watcher rule by skipping forward a minute or two here and there. In summary, the movie tells the mostly fictional story of legendary black figures Malcolm X, Muhammad Ali, Jim Brown and Sam Cooke meeting up for a night in 1964. Despite the wisdom in the script and the enticing nature of the thought of so much star power in one room, I felt the movie had no driving force. Although the last 15 minutes pull it together with incredible editing and an emotional song sung by Leslie Odom Jr., the majority of the movie was underwhelming.

The first hour and a half of Spike Lee’s “Do the Right Thing” was a movie I had to watch in chunks. Lee’s film depicts a Brooklyn neighborhood on one of the hottest days of the year and the irritability felt by the characters is soon enough felt by the viewers too. Once you settle into the movie and realize the movie doesn’t follow a beginning, middle and end arc, you can start to enjoy it for what it is. For a movie made in 1989, “Do the Right Thing” was shockingly current. The second half of the movie drew such strong comparisons to the Black Lives Matter movements of summer 2020 that it almost felt prophetic. Of course, Lee was not prophetic; instead, he was showing the struggle between police and Black people that existed both now and then. More than anything, the fact that this movie felt so similar to today was the most shocking aspect of it. To see this as such a current issue for both Lee and today’s generation is both frustrating and informative.

Ava DuVernay’s documentary, “13th,” accomplishes the rawness that many documentaries aspire to have. Out of all the movies I watched over the month, this was the one I felt that Staples students should watch the most. As a predominantly white community, most Westport residents have no way of understanding the up close aspects of racism in America. DuVernay seems to take advantage of this, walking viewers through not just historical events, but the emotion and community response tied to them. Duvernay also boldly includes footage it feels other documentarians shy away from. Namely, the film includes back to back iPhone footage of fatal shootings of black people killed by the police. In doing this, DuVernay forces you to pay attention to these horrors and accomplishes this far more effectively through these shots than high-tech cameras and a film crew could ever do.

Considering how extraordinary “The Forty-Year-Old Version” is, I am shocked to be hearing so little about it. In this autobiographical story, Radha Blank is not just contemplating aging, but letting us in on her complex relationship with the city. Both humorous and moving at different times, Blank tackles a multitude of issues concerning gentrification and “poverty porn” through her character’s newfound interest in a rap career. Blank uses rhythm, music and style to go beyond one dimensional movies of the same topic and instead presents a layered story. I am hopeful that this movie will receive the Oscar attention it greatly deserves.

Other movies that I watched this month include:

Movies on my list that I did not have time to watch include the following:

In the end, this movie list wasn’t perfect. It is undeniably true that the movie industry has far to go in terms of promoting minorities in film. But looking back, I am thankful to have given myself the excuse to finally watch these movies, many of which had been lingering on my watchlist for months. The small slice of understanding I was able to gain from these movies is far beyond that which I ever learned from Staples during black history month. I hope that others at Staples follow suit and I know that I personally am excited to build this list in the years to come.