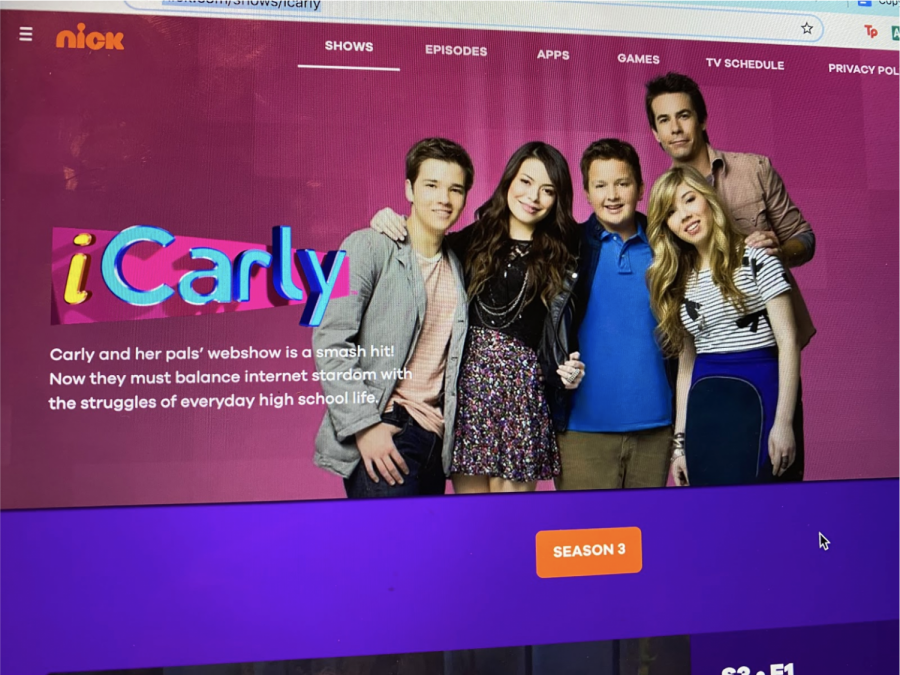 iCarly is an American sitcom that was released in 2007 that features three best friends and their hilarious web show. The first two seasons of Nickelodeon show have now appeared on Netflix as of Jan 3.

A key part of many of today’s teens’ childhoods are the shows they watched growing up. The two most popular channels were Disney Channel and Nickelodeon; both of which I watched religiously. From “Spongebob,” to “Victorious,” to “Zoey 101,” I watched a variety of kids television programs and while loving all of them, my favorite series was definitely iCarly.

iCarly is a five-season American sitcom that was first released in 2007, directed by Dan Schneider, which ended filming in 2012. It used to premiere on Teen Nick as well as other channels during this time period, keeping me in front of the television for hours. However, after the series ended, there were fewer ways to watch it without paying extra money, which was disappointing to us close followers.

After hearing that the series might come to Netflix, I was ecstatic and looking forward to possibly rewatching one of my favorite childhood series. My hopes soon became a reality, as of Monday, Feb. 8, the first two seasons of iCarly appeared on Netflix, surprising and catching the attention of many fans.

The star of the show is played by actress Miranda Cosgrove. She plays a 13 year-old girl named Carly Shay who lives in Seattle with her older brother Spencer (Jerry Trainor). In the first episode, the plot of the series is formed when Carly and her best friends Sam (Jennette McCurdy) and Freddy (Nathan Kress) have the idea to film a web show together out of rebellion to their strict teacher. In the show, they do crazy, funny and ridiculous activities, and to their surprise, they soon become famous. Carly, Freddy and Sam work together to cope with their newfound success throughout the show.

The trio works perfectly together, as their personalities are vastly different. Carly is  sweet, genuine and kind while Sam is a mean, sarcastic, food loving girl. Freddy’s obsessive crush on Carly, as well as his constant feuding with Sam, also makes the show more interesting.

During a global pandemic, especially, it is important to find fun activities to do with loved ones. My family and I used to watch the show together when I was younger, so doing this again now will be a sentimental and fun experience.

My two favorite characters are Spencer (Trainor) and Gibby (Noah Munck), who both hold similar roles in the show. Spencer is always making new scientific creations and cracking jokes with his sister and her friends. Gibby is another close friend of Carly’s and is definitely the silliest character which, in my opinion, makes him the best.

Throughout the development of the series, the three best friends film their own show, featuring everything from comedy sketches and talent contests to interviews, recipes and problem-solving. iCarly has a little bit of everything. It is funny, light hearted, sentimental, family loving, romantic and so much more.

I am very excited to binge the show once again with my friends and family and bring back one of my favorite childhood memories.