‘Malcolm and Marie’ creates a touching spin on the romance movie 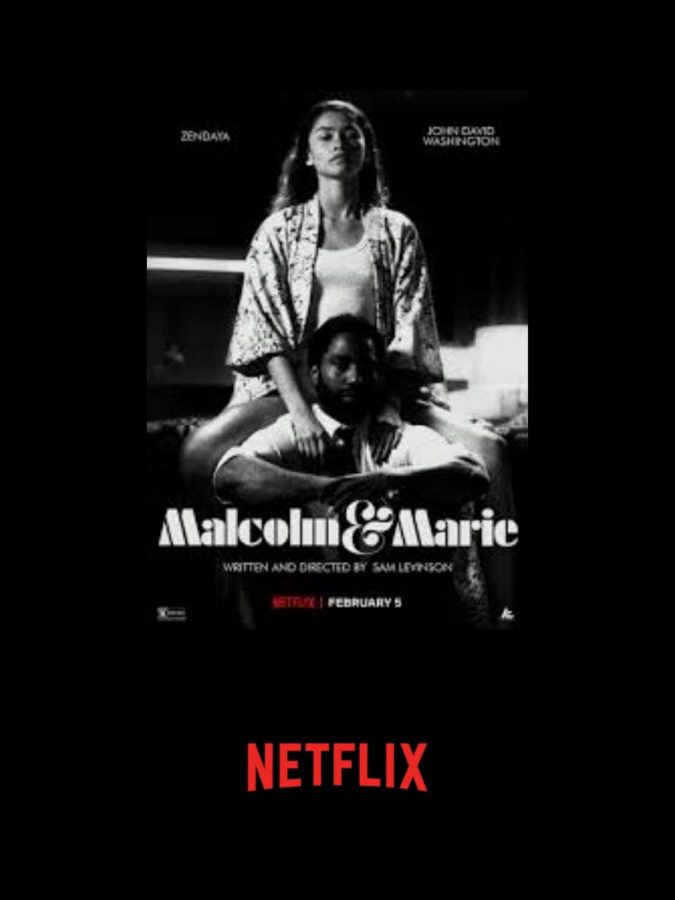 New Netflix movie “Malcolm and Marie” stunned their audience with phenomenal acting, despite a repetitive plot.

Black and white, on then off. The new Netflix movie “Malcolm and Marie,” dissects the highs and lows between two lovers and their, at times, explosive relationship.

“Malcolm and Marie” features a couple played by John David Washington and Zendaya. The plot begins when the two come home after Malcolm’s movie premiere, and Marie feels inferior to him after he forgets to thank her in his speech. Both characters felt mistreated and unappreciated by one another, and these feelings unveil through a series of inflammatory arguments.

Though the movie isn’t exactly riveting to watch, the exchange of dialogue between the characters is what sets the film away from others. Each character has multiple monologues that inevitably break down the tense couple to the root of their problem.

The plot was a rollercoaster the entire time, which at the beginning of the movie was great; however, by the end it was just predictable what would come next. Although this rollercoaster flow of the movie was a little predictable, the individual monologues by each character are what made each peak of tension different from the rest. Each character spoke out of anger with their issues of identity, respect and rejection from society.

Consistently throughout the film, Washington, as Malcolm, was phenomenal. The range of emotions he displayed is what brought color into the black and white movie. Zendaya on the other hand, not so much. The young actress is truly talented; however, she was not as strong as Washington throughout the movie; it seemed to have taken a while for her range of emotions to truly display.

One of the best components of the movie was the music. Whenever a song started playing it was always during a happier scene between the two characters. Furthermore, the lyrics of the chosen songs always had some significance to how the character was feeling or a message one was trying to convey to another without speaking.

Overall, the movie was incredibly well done by everyone part of the process. Every detail, big or small, was showcased to create a beautiful and different approach to the typical love story. I rate “Malcolm and Marie” 4.5/5 stars.