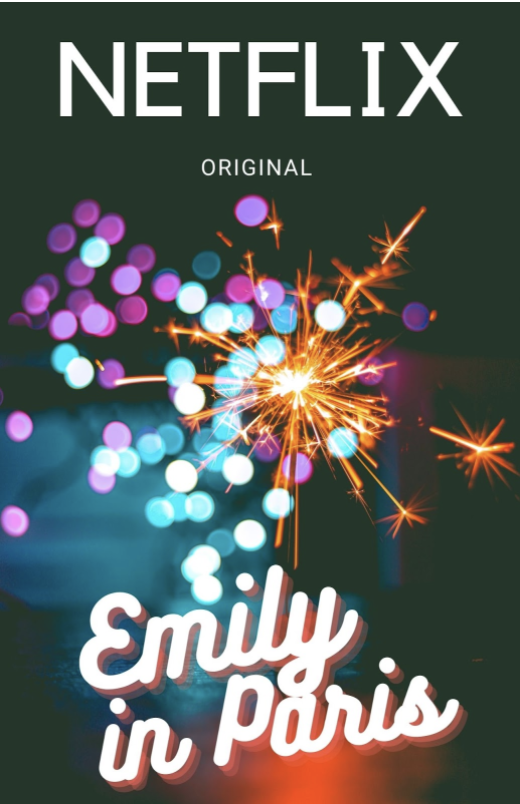 A new month means new shows–some good, some bad and some awful. Sadly, “Emily in Paris” hit that “awful” category.

Netflix recently released this new, 10-episode show starring Lily Collins.  The show is about a young woman named Emily Cooper who moves from Chicago to Paris as a social media director for a fashion marketing firm. She falls into a slight love triangle between her boyfriend back in Chicago and a chef that lives on the floor below her. Throughout the episodes, Emily tries to deal with her love life and earn her respect at her new job all in the first season.

The show was quick to finish, but painful to watch. Nothing about the show was entertaining, as it was very predictable and cliche. The creators and writers went down such a generic route when creating the plot that after watching just the trailer, the viewer could figure out everything that was happening.

Collins’ portrayal of  Emily was lackluster for such a talented actress. Collins did a phenomenal job in her previous Netflix original “Extremely Wicked, Shockingly Evil and Vile,” but in this series her performance was not captivating.  She was the main character and yet the most annoying.  She easily could have made the series more bearable to watch if she was more interesting and her character wasn’t written to be so predictable.

And although many people are suckers for any kind of romantic series, the love triangle component of the show was the worst. The creators could have made this more interesting rather than following a basic, bland love story. There was also no mystery to the lovers Emily falls in and out of love with because the show was so predictable and the trailer told the viewer everything.

Overall, the show did nothing for me and frankly, watching it was a waste of time. The series could have been taken to the next level on many fronts, but instead, the producers kept it bland and cliche. If the show continues and another series is added, the show needs to add better twists and turns to keep the audience engaged. Netflix has not disappointed its subscribers in the past with its original shows such as “You” and “Stranger Things,” but “Emily in Paris” simply did not exceed or even meet viewers’ expectations.