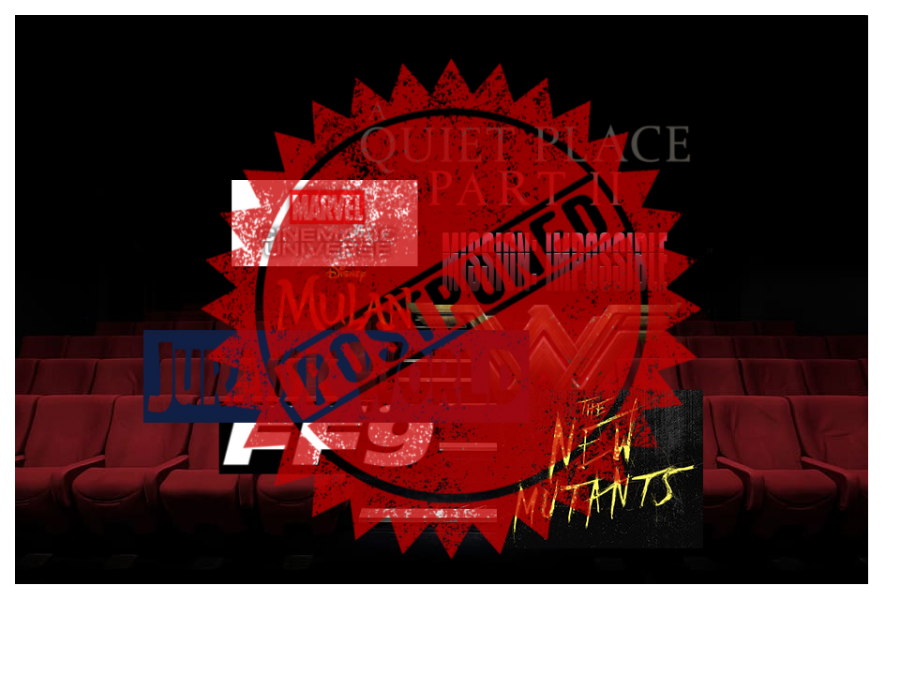 With the COVID-19 pandemic raging across the world, multiple blockbusters have had their original release dates postponed.

With the COVID-19 pandemic spreading around the world, numerous movies had to stop and delay production, effective immediately. This halt disappointed many fans who were excited to see a variety of movies, originally supposed to come out weeks ago; now delayed months into the future, with the closure of nearly all movie theaters across the U.S.

Blockbuster movie franchises such as the Marvel Cinematic Universe, the Fast & Furious franchise and the Mission Impossible franchise, all had to stop filming, editing, and so on; this set back their release timetable by months, even years.

However, with some movies like the Legendary Entertainment-produced “Enola Holmes,” the studio canceled the theatrical release and went the route of selling the rights of the film to a streaming service, in this case, Netflix.

During this time of social distancing and staying home, some studios have been trying to appease some fans by releasing the movies early for purchase or making them available to watch through streaming services like Disney+.

Even so, many fans still feel disappointed.

“I was looking forward to Disney’s ‘Onward’ coming out,” Brea Church ’23 said. “I guess it still technically did, but it isn’t the same to watch it from home.”

While a lot of fans think shutting down the studios and delaying movie-making was the right decision, some believe the studios, like Universal and Sony, could have gone about this in a different way.

“I [think] that if they thought really hard, they could have [found] a better way to make movies while doing social distancing,” Nick Lolis ’24 said.

One film that was garnering a lot of attention before the COVID-19 pandemic was another Disney movie, “Mulan,” a remake of the 1998 original.

“I was honestly wanting to see ‘Mulan,’ considering it’s a Disney remake, [but it] actually looks different than the original,” Max Ardrey ’23 said.

However, with the threat of COVID-19 spreading, the release was delayed from its original March 2020 release date.

“We are so excited to share this film with the world,” Niki Caro, director of “Mulan,” said in a post on Instagram. “But given the current ever-shifting circumstances we are all experiencing, unfortunately, we have to postpone the worldwide release of ‘Mulan’ for now.”