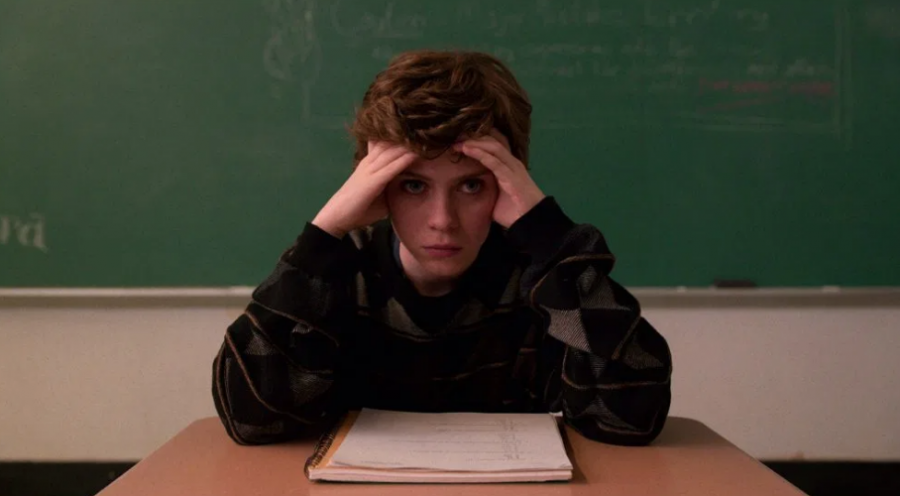 Sophia Lillis stars as Sydney Novak in new Netflix show ‘I Am Not Okay With This,’ a very onbrand yet surprisingly fresh perspective teenage on superheros.

Netflix has mastered the art of appealing to viewer demand. It’s instantly clear just seconds into the first episode of the show “I Am Not Okay With This,” which premiered Feb. 26. The 80s nostalgia, faded color palettes plus blunt and anti-parent characters have been reconfigured into numerous other popular Netflix shows such as “The End of the F***king World” and “Sex Education.”

Making the show relatable is in fact one of its greatest features. This comes as a surprise seeing that the show is about Sydney Novak (Sophia Lillis), a teenager trying to control her social life and her new telekinetic powers. But it’s not your average superhero biopic. In fact, her superpowers are hardly the focus of much of the show. Laced with plot of Sydney’s relationship with her offbeat neighbor Stanley, her confusion with her sexuality and the tragedy of her father’s suicide, this show is different than others.

For highschool viewers though, this extreme relatability might make the show drag on for too long. The subplotlines of the best friend finding a boyfriend and the bullied little brother have been exhausted hundreds of times before and don’t spark interest for many. It’s not that nothing happens. In fact, the first scene of the show is Sydney running down a street drenched in blood, although it quickly switches to her on a school bus, narrating that she’s just “a boring 17 year old white girl.” Though a majority of the show is dull, shots like these fight to keep the show engaging, though I’m not sure it’s enough.

It’s more that the show has taken on the goal of perfecting its nuanced relationships so much that it forgot to feature the whole point: she’s a teenage girl who’s mood swings trigger superpowers. However, the chemistry between characters and relationships are great because of this. Choosing longtime friends Lilis and Oleff to be costars proved to be an ingenious choice as their comfort onscreen truly showed.

The show waits too long to engage in actual action and instead spends too much time treading along as Sydney dismisses her superpowers saying “it’s probably just puberty.” Though its ending is explosive and parts were often time genuinely creepy, the entire show just felt like a lead up for a second season rather than its own masterpiece.

In all fairness, each episode was just around 20 minutes, making binge watching on a school night easy enough. And though the first season might have been a little slow, I’d readily watch a second season as I presume that’s where they’ve been holding back for.