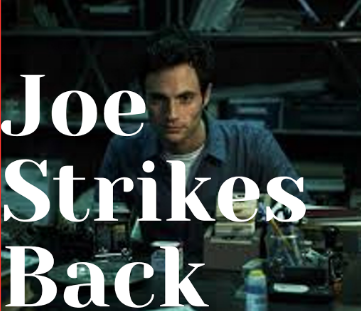 The drama, suspense and intensity of Netflix’s original series “You” left viewers in awe of the brilliant and compelling storyline. Joe Goldberg played by Penn Badgley, slowly descends into a Ted Bundy-esque love-crazed stalker. However, the creepy and quite unsettling plot makes it impossible not to click “next episode.” Fans loved the first season, and fortunately, the second is just around the corner. Many, including myself, are ready for the thrills to come.
The second season is said to be very much like the first, but with a new victim and city for Joe. In season one, “You” takes place in Brooklyn New York, and is constantly bouncing around the city. Important landmarks and traditional New York City spots help the show flow together as Joe uses the bustling city to his advantage in an effort to become closer to Beck. Season two is said to be set in Los Angeles, so I wonder if he is going on a vacation, or if he just leaves New York City for good? I hope the second season starts in NYC because the first season left many loose ends. For instance, Joe’s past love comes back into his life in New York and ending left many curious whether their love would spark again. These inconclusive details should be answered before leaving his life in New York.

It is also rumored that season two will have a new love interest for Joe. Quinn is Joe’s new love interest for the second season. Ineye Komonibo, a Marie Claire magazine writer, gave small details about Quinn and her character in an article written earlier this October, and the biggest is that her character is completely different from Beck in the first season — thank god.
As much as I adored the first season, the lead female character, Guinevere Beck played by Elizabeth Lail, was too oblivious. This made some of the show’s plot holes in season one a lot bigger and quite cliche. Beck is the perfect example of a “dumb blond” stereotype.
Marie Claire’s editors also wrote that they have positive views on the new character. “Quinn is a breath of fresh air for Joe.” So will Joe have a major character change as well? Will his inner Ted Bundy fade away or become stronger?
The release date for the second season is yet to be determined, but many speculate that season two will come out in late December this year. In the grand scheme of things, I have high hopes for the next season. The show never failed to keep me curious in the first season, so I have no doubt that it will do the same in the second.