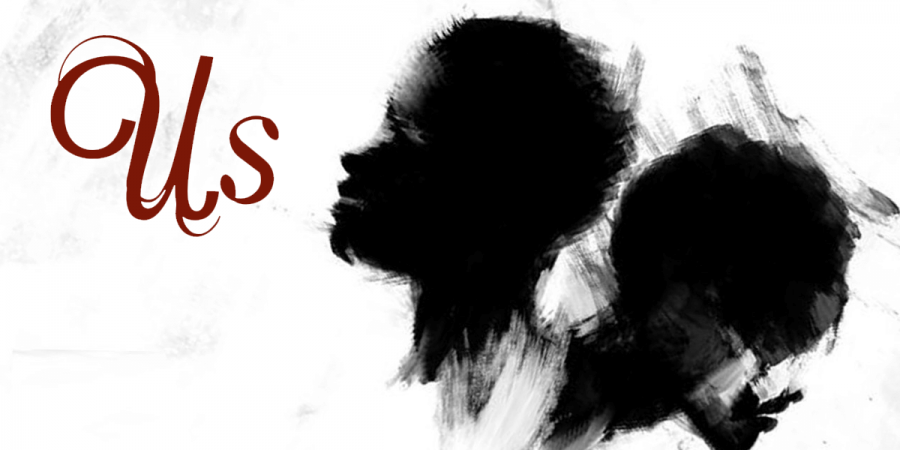 The poster cover of “Us” depicts the horror the movie entails.

Gasps from the crowd, anxious crunching of popcorn, and  immense feelings of fear all contribute to true horror paradise. So, when Jordan Peele- only one of the greatest filmmakers of all time- announced he was coming out with his new movie, “Us,” I immediately added the premiere date to my calendar.

Compared to Peele’s 2017 hit horror movie, “Get Out,” “Us” was, according to the New York Times, supposed to be “more ambitious and in some ways, more unsettling.” Walking into the theater knowing this, I prepared myself for an ending even more ghastly then one of “Get Out”.

The movie opens with a flashback to 1986 at an amusement park in Santa Cruz, California, where a little girl is venturing with her parents. Now, for anyone who knows horror, anything involving little children and charmingly-sounding festivals does not leave a settling feeling in your stomach. As the scene goes on, the girl, now alone, walks down the beach as gloomy clouds fill the sky. As the girl continues, she comes across what seems like an abandoned house of mirrors. I clenched my fists as she wandered the halls. Peele’s familiar use of suspense builds up when, what’s thought to be the girl’s reflection, is uncovered to be her exact doppelgänger.

As the movie shifts to present day, it follows the girl, who is now an adult, and her family as they travel to their beach house, which is the same beach house shown in the flashback. But after one small scare and a few strange coincidences on the beach, the movie didn’t seem all that scary. I was starting to doubt the New York Times’ build up. However, as the family returns home for what seems like a quiet night in, the true source of horror is uncovered: the doppelganger family across the street.

Unlike most horror films, Peele’s success tends to come from allowing the viewers to interpret his movies for themselves. Similar to “Get Out,” the ending leaves the audience dazed, anxious for another five minutes to answer the never solved reasoning behind it.

Although “Us” lacks believability, , its shocking ending and creepy special effects that last even after the credits rolled through definitely make up for it. The New Yorker couldn’t be more  accurate with their description of “Us” as, “nothing short of a colossal achievement.” I have to give this one to Jordan Peele and I can’t wait to see what he will do in horror next.