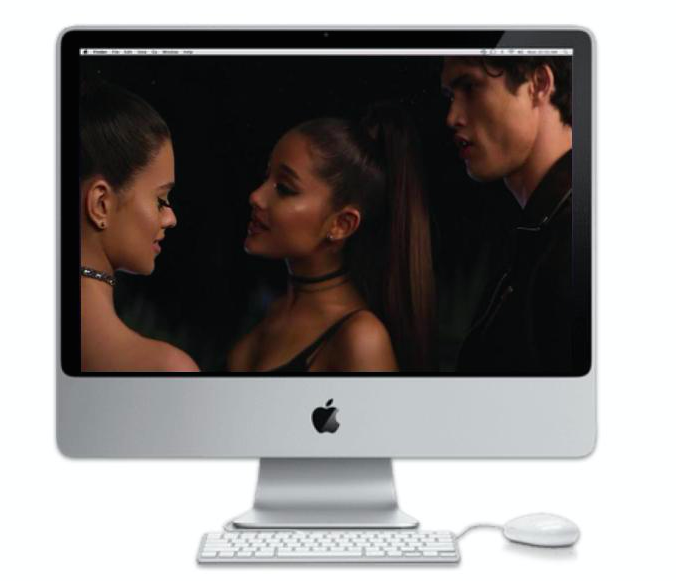 Along with co-stars Ariel Yasmine and Charles Melton, Ariana Grande sings about her most popular song since her album tracklist was released.

After Ariana Grande’s highly anticipated album “thank u, next” dropped, she continued to deliver great content with a new music video to the album’s final track, “break up with your girlfriend, i’m bored.” Released on Feb. 8, the music video immediately reached #1 on YouTube trending with over 10 million views in the first day of its release.

The video features Grande on a luxurious night out at a mansion and private pool. Throughout the night, Grande finds herself third-wheeling with a mysterious man and his  girlfriend, who is Grande’s dopplegänger. Eventually she gives in to their teased relationship and joins them in the hot tube where she later shares a kiss with his girlfriend.

The most interesting thing between her latest video and the “7 rings” music video was the contrast between the two. In her “7 rings” video, she was wearing diamonds and fur, and the overall color scheme was pink. In her most recent video, the tone is dark and mysterious, and she is dressed in black. I think it was really admirable to show the two different sides of her.

This video was directed by longtime collaborator Hannah Lux Davis, who helped bring this three minute and 10 second song to life. There were also some familiar faces including “Riverdale” actor Charles Melton, which made the video even more entertaining to watch.

Overall, I think this video was fun and unique, providing the hidden message to love yourself with the subtle but smart use of a doppelgänger. The “break up with your girlfriend, i’m bored” music video did not disappoint.