New Netflix show “The Final Table” is well-done, despite fat around the edges 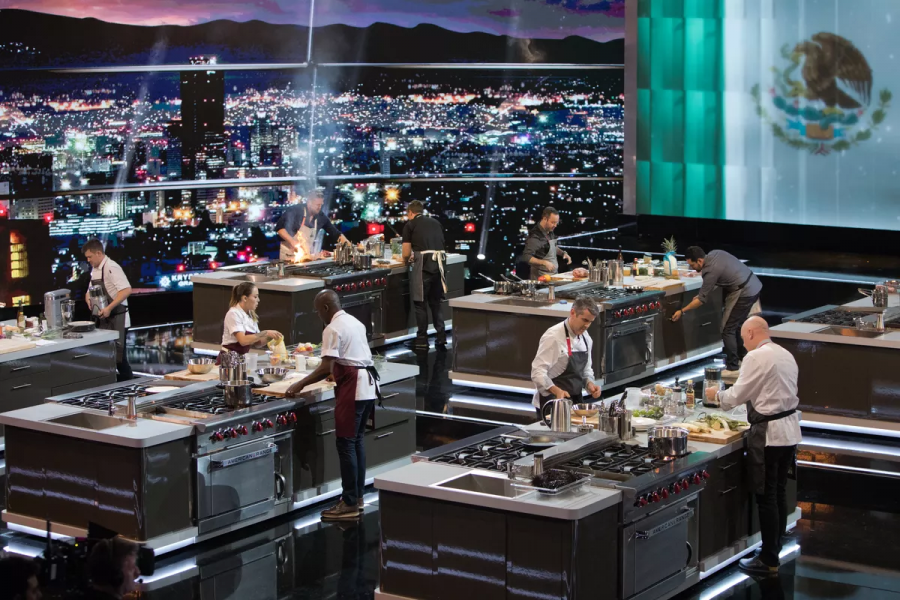 From “MasterChef” to “Rachel Ray” to “Chopped” to “Hell’s Kitchen”, cooking shows have become increasingly popular over the past two decades. Whether they’re instructional programs or competitions, these shows have become weekly traditions for many families. However, the new Netflix original series “The Final Table” has gone where no cooking show has gone before.

The “MasterChef”-style show has many of its own quirks: the most important difference being that the contestants aren’t amateur or aspiring chefs, but rather a select group of experienced and successful chefs from around the globe. The chefs competed in pairs until the finale, in which the top two teams split up and battled  for a spot at “the final table.” Every episode features one country’s cuisine along with three judges, usually celebrity food critics, who choose a unique dish from their nation for the chefs to make. At the end of each round, the teams with the worst dishes compete using an ingredient selected by one judge, who is usually one of the most successful chefs from the round’s respective country. The worst dish in that round is eliminated.

While the show’s grandiose set and stage seems to only raise the high intensity and competitiveness each round, there are many aspects of the show that fail to impress. Host Andrew Knowlton is mundane and unoriginal, and is far more involved than hosts of most other cooking shows. The discussions with the chefs and judges fall flat, and the awkwardness is neither funny nor interesting.

Much of the show feels extremely scripted. From judges talking about contestants’ food or interviews with the contestants themselves, there are not many moments outside of watching the chefs’ cooking that feel truly genuine.

This problem was exacerbated in the first couple of episodes due to the show attempting to introduce too many of the contestants at once. It felt like the show was attempting to force the audience to care about or root for certain chefs in the show. Fortunately, the show found more of a rhythm a few episodes in by letting the chefs show their personalities over time and carefully spreading out when their background information was shared. By the fourth episode, I had begun to develop favorites and least favorites; the interesting personalities did well to drown out the blander aspects of the show.

The one thing that was certainly not bland was the food. The incredible dishes that the chefs concocted in such a short time were nothing short of extraordinary. While Food Network and prime-time cooking competitions may make you crave gourmet cuisine or frustrated that you lack the talent to produce such incredible food, the Final Table takes this to the next level. The chefs use unheard of methods and ingredients to create plates that are nothing short of pieces of art. Oftentimes never having heard about the dish before making it, contestants still impressed world class chefs and critics time and time again.

Overall, “The Final Table” started shaky but gained traction as the show progressed. The unique idea of having professional chefs compete definitely helped the show stand out and stay, at the very least, mildly entertaining, even through its rough patches. The show ended on its strongest note, perhaps showing that a potential season two will run far more smoothly. I would recommend “The Final Table” to anyone who enjoys your average cooking show, but the people who will enjoy this the most are those who care more about the food aspect than the drama and people. Hopefully, season two can bring more of the latter.