Netflix releases the newest hits for 2019 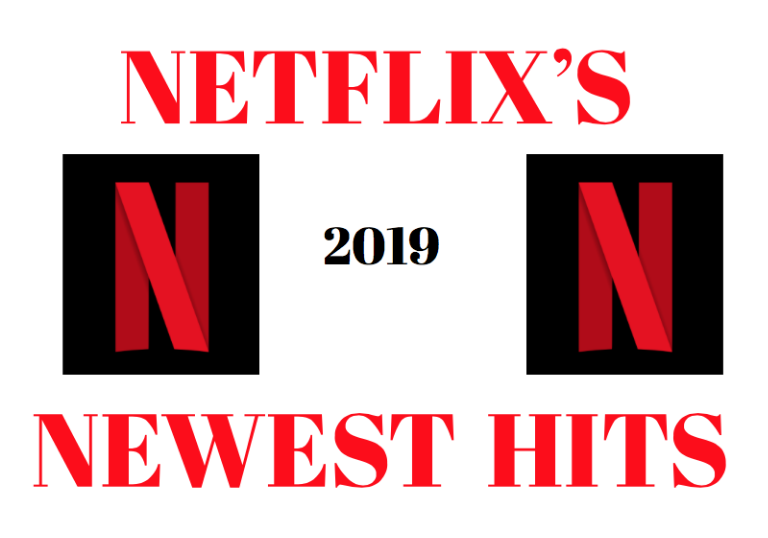 As the year comes to an end, New Year’s resolutions are made and goals are set. Whether that means getting over your ex, having a weekly Sunday movie night with your family or finishing your favorite binge-worthy TV series, Netflix is here to help.
At the beginning of every new year, Netflix removes all films from its platform that have lost popularity and replace them with new material that will excite viewers and give them something different to watch. According to Cinemablend, “2018 was one of the most noteworthy years in Netflix’s still relatively short history.” This is a result of the release of some of the most popular shows — some created by netflix and some provided by other networks like FOX and ABC. As well as adding more movies and TV shows that premiered more foreign films which reached a new demographic.
Many of the TV shows this year that will be available on Netflix are not entirely new. These additions will be new seasons to existing popular shows. For instance, fan-favorite TV shows like “Unbreakable Kimmy Schmidt,” “13 Reasons Why”, “Stranger Things,” “Orange is the New Black” and “Insatiable” are all receiving a new season
“It [‘Stranger Things’ is] a good show and it is very interesting,”fanatic Ben Klein ’21 said. “The person who plays Eleven [Millie Bobby Brown] is a very good actress.”
Other students are only concerned about the removal of some of their favorite Friday night films. Some popular movies and TV shows that are leaving Netflix this year are “Friday Night Lights,” “Love Actually,” “Meet The Fockers,” “How to Lose a Guy in 10 Days,” “The Shining,” “The Green Mile,” “The Princess Diaries” and more.
“‘How to Lose a Guy in 10 Days’ was one of my favorite movies so I am so upset that it is coming off of Netflix,” Tess Jacobs ’20 said. “But I guess I will find something else I like because they have so many different things I can watch.”
Aside from creating more seasons and sequels, Netflix is also adding an assortment of brand new TV shows and movies. The versatile range of new selections will provide a new variety of content in many different genres. Shows such as “The Umbrella Academy,” “Mr. Iglesias,” “Russian Doll,” “Our Planet,” “No Good Nick” and others will be brand new to Netflix in 2019 and will hopefully be fan favorites. As for the films that Netflix will be releasing this year, there is a wide range from horror to heartfelt rom-coms. Films like “The Last To Laugh,” “Solo,” “Revenger,” “The Incredibles 2,” “Polar,” “Close” and more will be coming in 2019.
Whatever your taste in shows or movies may be, Netflix has you covered this upcoming year. Between new seasons of existing shows and brand new episodes airing, get ready for a year of action-packed entertainment.