“The Greatest Showman” returns to music world with new act 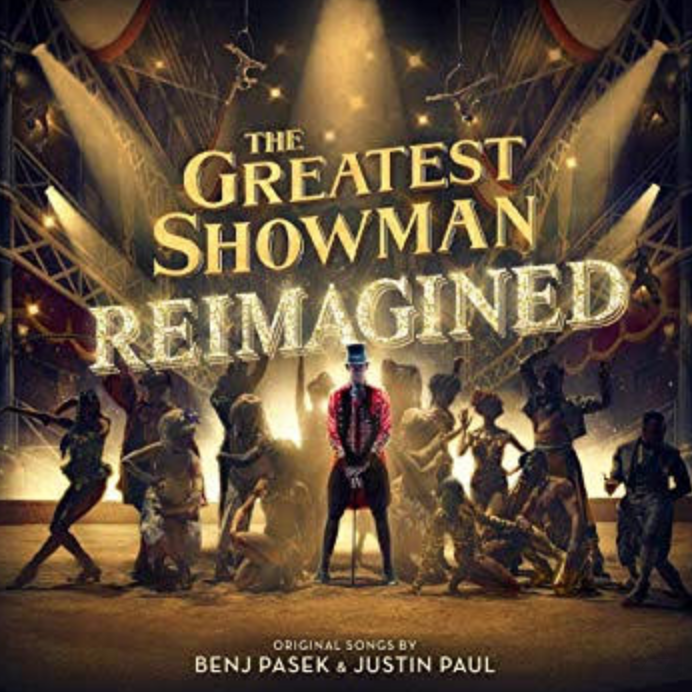 “The Greatest Showman” was arguably one of the most popular movies of 2018, and it just got even better. “The Greatest Showman: Reimagined” is a new album that features covers and re-creations of the original album. With many famous artists and groups, including P!nk, Kelly Clarkson, Kesha, Sara Bareilles, Pentatonix and more, this soundtrack is drawing a lot of attention.

The album was released by Atlantic Records on Nov. 16 and is available on streaming services including Spotify and Apple Music. Most of the songs on the album are nearly identical to the original soundtrack, but each artist adds their own twist to create their own unique sound.

There are 14 tracks on the album and a total of 17 artists who collaborated to create the songs. P!nk sang the cover of “A Million Dreams,” and the reprise of the song was sung by her daughter, Willow Sage Hart. This established a mother-daughter connection between the songs that is also present in the movie, and I think that this adds to the listening experience.

The cover of “Never Enough,”sung by singer-songwriter Kelly Clarkson, is one of the most popular songs on the album.

“My favorite song on the new album is ‘Never Enough’ because it was my favorite in the movie, and the artist who sang it did an amazing job making it seem like it came right out the movie,” Stella Corenthal ’21 said.

The opening song, “The Greatest Show,” was covered by Pentatonix, who sang an acapella version of the track. This gave the song a very different feel from the original, and it was a very cool and unique addition to the album.

While the reimagined album is a nice change from listening to the original, some people feel that it does not do the original justice and is more difficult to relate back to the movie.

“I like the original songs from the movie better than the ‘Reimagined’ album because I am so used to hearing the songs in the movie,” Corenthal added. “When I hear the original soundtrack I am reminded of exactly what was going on in the movie.”

Overall, “The Greatest Showman: Reimagined” is an excellent album that captures the essence of the movie, while giving listeners a chance to hear some of their favorite artists sing the songs in a new way with their own voice.