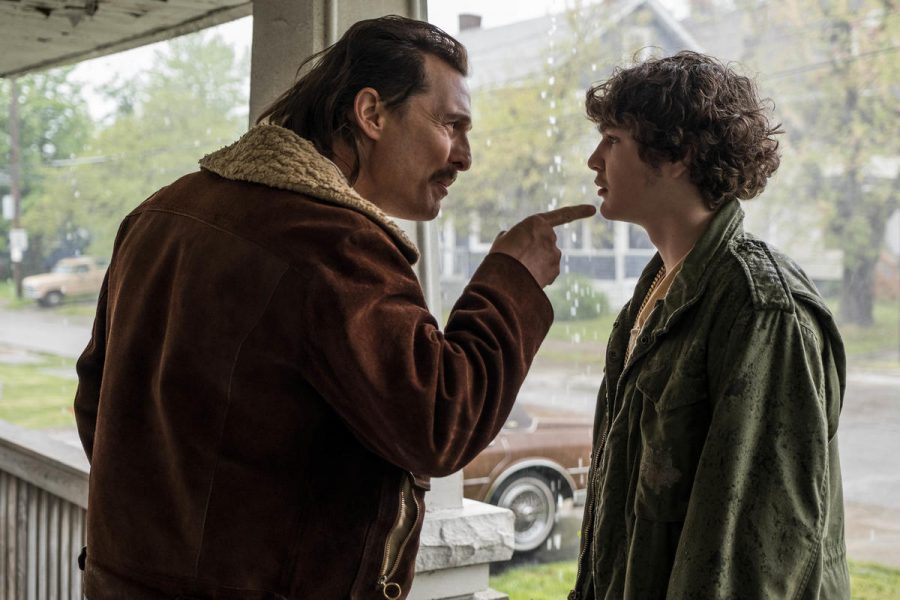 Director Yann Demange’s “White Boy Rick” delivers the stranger-than-fiction true story of a 15 year old drug kingpin in crack-cocaine dominated Detroit, Michigan during the 80s, with great performances on all sides. Similarly to Michael Bay’s 2013 “Pain and Gain,” the end of the film grows increasingly dark and concludes in a much more grim state than the earlier parts of the movie had let on.

“White Boy Rick” is above all else, a film about family. The movie follows Rick Wershe (Matthew McConaughey) and his son, Rick Wershe Jr. (Richie Merritt) as they struggle to pull themselves out of poverty; whether it be guns, DVDs or drugs, the Wershes are willing to sell whatever they can get their hands on. In their quest for quick wealth, Rick Jr. gets in deep with local drug dealers and in turn, the police.

By today’s standards, this film may seem slow-moving, however I don’t think that is necessarily a bad thing. By slowing down the action, you don’t feel rushed to soak up the plot as quickly as possible and move on; you are able to live through the events as they unfold with time to properly digest each thing before moving forward.

One particular scene demonstrates this perfectly: a heated discussion between two drug dealers at a boxing match. As opposed to cheaply escalating the violence, like many writers would have done, the writers for “White Boy Rick” built suspense and tension between the characters, showcasing authentic emotion.

The pace was not the only element that was intelligently handled. The performances were excellent, led by and Merritt in his breakout role as White Boy Rick, and his father, played by McConaughey. McConaughey, known for his intense dramatic acting in projects like “Dallas Buyers Club,” “Interstellar” and “True Detective” delivered beautifully, which was not a shocker coming from the “Best Actor” award winner.

The directing by Yann Demange didn’t strike me as anything particularly special. However, I do appreciate some shots like the camera mounted on a car door swinging open and the use of contrasting value and color in wardrobe like bright whites and yellows against dark blood. Little decisions like these really go a long way in the end and create a more visually interesting film.

In the case of “White Boy Rick,” great performances, interesting shot compositions and a crazy story all come together to make a heartfelt and thoughtful film. It is not a movie that I am dying to go back and watch again, but it was interesting nonetheless and worth seeing.