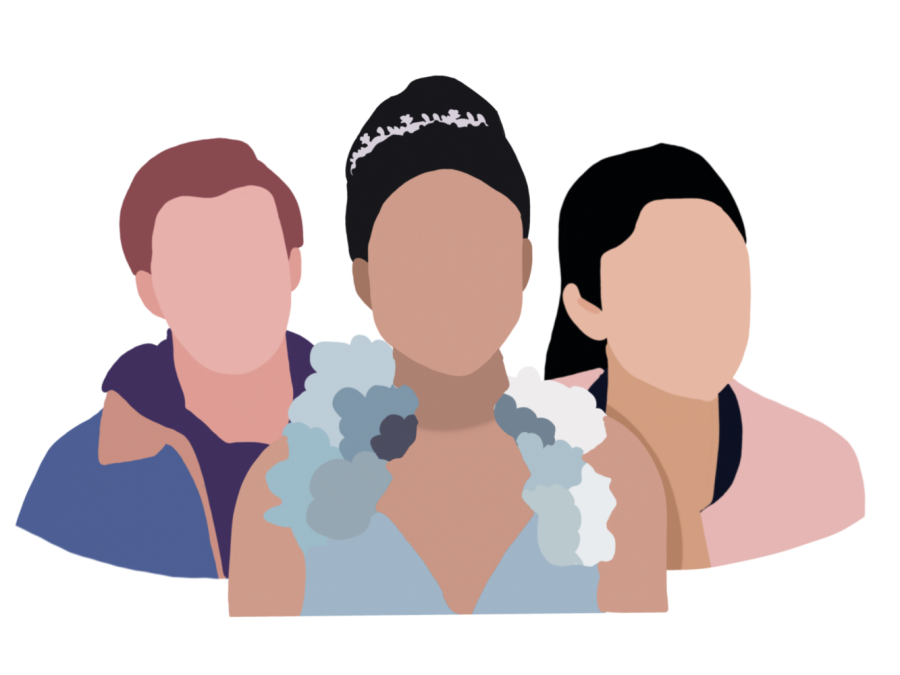 When Staples student Angela Ji ’19 was in the fifth grade, she faced a discouraging decision. Her school had a day where students dressed as fictional characters, and Ji found that her options were slim. As an Asian-American girl, her choices came down to two characters: Cho Chang or Mulan.

Ji is not alone in her feeling of being underrepresented in media. In fact, according to UCLA’s Hollywood diversity report, minorities accounted for 21.9 percent of film roles, despite making up 38.7 percent of America’s population in 2016. However, there has recently been an increase in diversity in an unexpected facet of Hollywood: romantic comedies.

Movies like “Love, Simon,” “To All the Boys I’ve Loved Before” and “Crazy Rich Asians” have increased representation in the romcom genre and in Hollywood as a whole. This uptick in diversity isn’t going unnoticed.

“Recently, I’ve seen more representation in movies and I’m loving it,” Angela Ji ’19 said. “It’s so important and wonderful when you see yourself represented. I’m sixteen now, but imagine seeing that as a four year old. That would’ve been huge for me.”

Moviegoers have flocked to theaters to support these films. Actors Neil Patrick Harris and Kristen Bell rented out theaters after “Love Simon” premiered, offering free screenings to celebrate the film’s groundbreaking gay main character.
“We as moviegoers have to support the creators of these movies,” Carrie Everett ’21 said. “It’ll send a message to Hollywood that we want to see more diversity in films.”

Historically, studios have been unsupportive of representation-seeking creators. Jenny Han, author of YA romance novel “To All the Boys I’ve Loved Before,” found few production companies willing to keep her lead character Asian-American.

“I ended up deciding to work with the only production company that agreed the main character would be played by an Asian actress,” Han wrote for the New York Times. “No one else was willing to do it.”

Han’s adamance paid off. “To All the Boys I’ve Loved Before” gained a 96 percent rating on Rotten Tomatoes and a cult following among teenagers.

Diversity sells, and Hollywood knows it. According to Time Magazine, movies with 50 percent nonwhite leads made the most money in the box office in 2014. That same year, minorities made up nearly half of movie ticket sales.

Regardless of Hollywood’s motives or financial incentives, these movies seem to be appreciated by those who see themselves represented.

Although Ji had high expectations for “Crazy Rich Asians,” she never could have predicted how important the film would be to her. As each character was introduced, Ji internally cheered. She said she saw characters who looked like her playing a spectrum of possibilities, including Asian fashionistas, economics professors, comedians and love interests.

“It was so important and impactful to see Asian actors playing more than just stereotypes,” Ji said. “The amount of Asian role models that came out of that movie is amazing.”

Credits rolling, Ji saw the long list of Asian characters scroll down the screen, and felt her fifth grade self cheer.