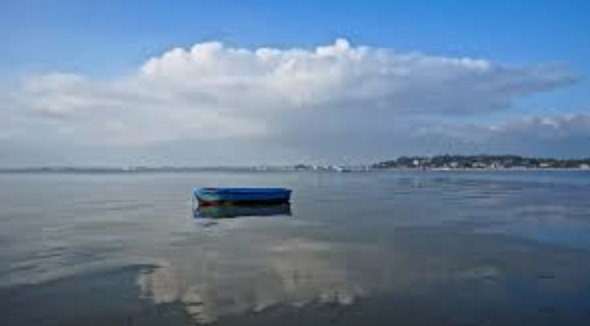 As I sat in the rather empty theater, I waited for the trailers of upcoming films to end so the film, “Adrift,” would begin. I had been convinced by the media after being bombarded with advertisements for months, that this film was worth watching. Unfortunately I was let down, and I realized that even if a poster, picture or trailer are on every social media platform and billboard that does not mean the film will be good.

The film “Adrift” is about a couple, played by Shailene Woodley and Sam Claflin, who get stuck out at sea. The film starts off when the main character, Tami, is already “adrift.” In the trailer it seems like the timeline is chronological, but the the actual film follows a middle, beginning then the ending pattern, with the beginning and middle being intertwined, which can be quite confusing. This pattern is unoriginal and makes the film seem dumbed down.

The film was very corny and the characters, though played by well renowned actors with successful careers, were very weak. Woodley seems like she is trying to break away from her high school role as she is getting older, and she is doing it successfully. Her raw acting done alone was well executed and very convincing. The script was poorly written and could have been done much better. For someone who wants to veer from appealing to youth, it seems like the only audience that would find this film entertaining would be middle school children. The fact that this film was based on a true story surprises me even more, because the character do not speak as people regularly would in today’s world.

The best part of the film was the storm and how the got into the incident. I found myself feeling anxious during the storm because they conveyed an experience that was very real and it felt in some ways that the viewer was in the storm with them.

There is a romance between the characters, but it is corny. I believe they could have done so much more with this film, because the basis of a woman with no agenda who gets lost at sea has a lot of potential of being great, but it seems like they took the easy way out and made a cheesy romance film that will not be recognized after it leaves theaters.

This film did not leave me thinking or want to make a positive conversation about it. With the budget being 35 million, one would expect much more from a film. The only thing I took away from it is how it doesn’t matter how expensive the budget or how much money a film has to spend on advertising, that does not make it good. A good film makes the viewer feel something, and this film failed to meet an objective so basic.

Overall I would give the film two out of five stars, because it was not terrible, but it was not good either.