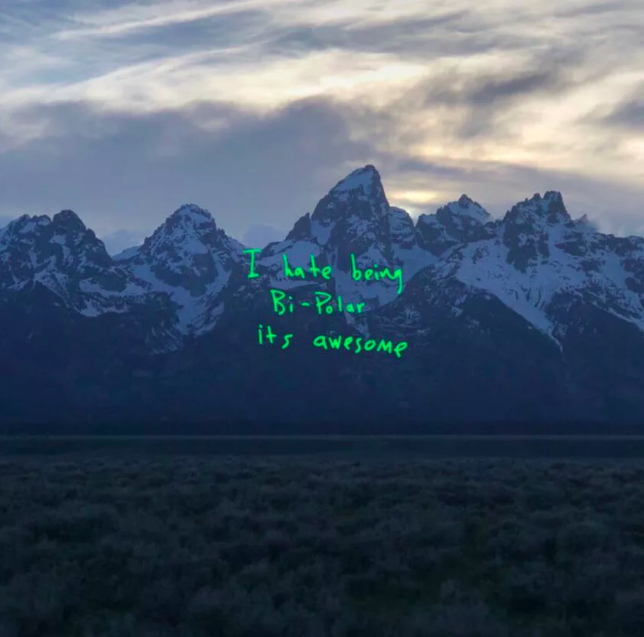 The wait is over: Kanye is back with his eighth studio album “ye” to follow up 2016’s “The Life of Pablo.” West’s album includes just seven songs and lasts only 24 minutes, but there is a lot of meaning in every minute of each song.

One song that really stood out in the album was “Ghost Town.” It is arguably the best track on the album, and has a really different beat that I really enjoyed. It was cool how the beat had a guitar as the main instrument the audience would hear, and it gave it a rock type of feeling.

This song features Kid Cudi, who Kanye plans to drop an album with on June 8th, PARTYNEXTDOOR, Trade Martin and 070 Shake.

“Ghost Town” was the perfect example of why Kanye is very good at producing, as he was able to find the perfect features to make the song sound as good as it does. West’s ability to perfectly pair features is the reason he has had so much success and why “ye” is latest classic Kanye album that the world has been graced with.

Another great song that is featured on the album is “Yikes.” Aside from having a great beat and being an awesome song, the lyrics really caught my attention. Throughout the song, West talks about his struggle with opiod addiction and how they made him scared of himself. Additionally, he mentioned that it even gave him suicidal thoughts.

Kanye also reveals that he has bipolar disorder in the outro of “Yikes,” but insists that it isn’t a disorder, rather a superpower.

The biggest surprise on the album is that Kanye largely stayed away from politics on the album, and made it more personal. This was a very smart decision by West, as he angered many of his fans when he announced on Twitter that he was a supporter of President Trump. Staying away from politics in his music will allow the album to be as successful as possible with nothing holding it back.

“Ye” is another Kanye West classic album, and while no album is perfect, this one is very close, as I would give it a 94/100. Expect songs such as “Ghost Town” and “Yikes” to be top charters, and get ready for a second Kanye album in two weeks with “Kid See Ghosts” dropping next friday.