“Dear White People”: is it worth watching? 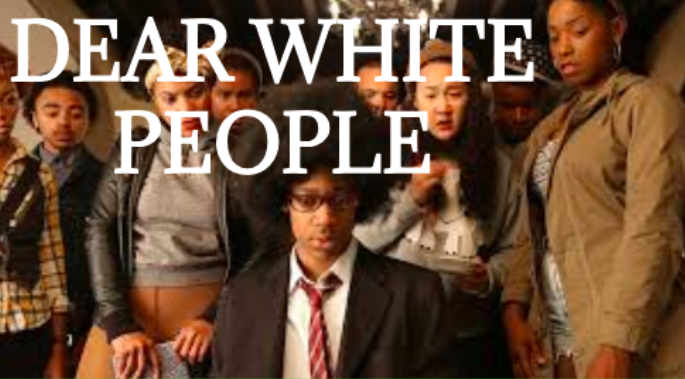 A Netflix-original show, “Dear White People” released a second season of their television series on May 4.

This series takes place at a university where African Americans students face extreme racism, including police brutality and segregation. “Dear White People” is the name of the radio show operated by the main character Samantha (Logan Browning). She uses the show to examine racist events that occur on and off college campus. Therefore, not everyone in the campus agrees, and in the second season she gets called out for some of her “accusations”. Sam then gets attacked on social media by an anonymous account called AltIvyW.

The plot and main point of “Dear White People” critiques the history of white people and comments on the daily racism that African Americans experience. That being said, season one is much better than season two for several reasons and does not live up to the first one.

The second season goes on a downfall because it focuses in on the drama within students rather than the main conflict of racism, which the students are supposed to be combatting. Instead, Winchester University, the show takes a different direction and shows the conflicts developed through social media.

As well as focusing on social media trolls, the show distractingly takes a different turn when Lionel Higgins (DeRon Horton), researches the history of the campus and discovers secrets of the founding fathers. The second season goes into detail about Winchester University’s connection to Jim Crow and the Illuminati. Once again, I believe this was not the right approach for season two, as it was unorganized and unnecessary to include.

However, one excellent choice in the second season was to focus on different people sporadically throughout the show. For example, in episode 2, the story is set in the perspective of Reggie Green (Marque Johnson) where he is tormented by flashbacks of a party where a gun was pulled on him. It is shown from his point of view which makes it interesting to watch how Reggie copes with his tragedy and tries to move on.

If I were Justin Simien, the director of “Dear White People”, I would pat myself on the back for directing an amazing first season of the show. However, I think the creation of a second season made it weaker and does not focus on the issue of racism enough. Overall, I would rate the second season of “Dear White People” a 7/10, as I honestly got bored and confused halfway through it.