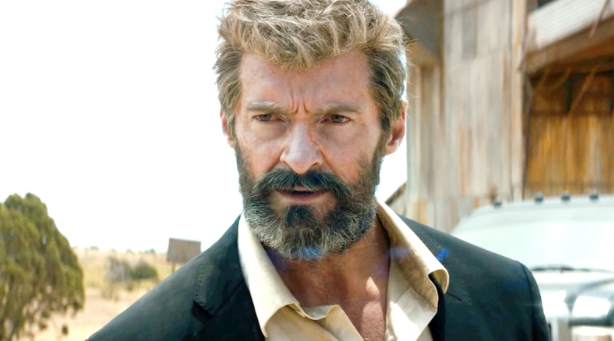 Typically, I can’t stand superhero movies. The bad character writing, meaningless violence without any real consequence, and “save the world” plotlines have almost completely turned me off to the genre. But I like Hugh Jackman, and I thought it would be interesting to see a superhero movie that was rated R for a change. I’m glad I took the chance. “Logan,” directed by James Mangold, is easy to recommend.

The movie is set in the year 2029 and the colorful spandex has been stripped away. There’s no more mutants and no more posse of colorful superheroes and supervillains to tear up the streets of some metropolis. Logan is boozing his life away in a hideout on a remote stretch of the Mexican border, bringing home scraps of bacon as a driver for hire. He still hangs out with Professor X, but his mind has gone almost completely kaput. One day, a mysterious woman shows up and now Logan must shepherd mini-Wolverine to some semblance of safety. The claws must come out again and the story is distilled down to the essence of his worn and despondent character. What’s left is the agony and the ecstasy of being a mutant.

“Logan” sees success by countering what has become expected of the genre that is Hollywood Superhero films. It’s a sci-fi western with a desolate setting, filled with gritty and nuanced performances. Even the abundance of razor claw action feels sickeningly real on the backdrop of monochromatic realism. Yet, there’s just enough style to make you shiver as he guts goons left and right. Effective use of themes in legacy, family and belonging takes Jackman’s trademark character through one last journey of self discovery.