Documentaries with a Twist 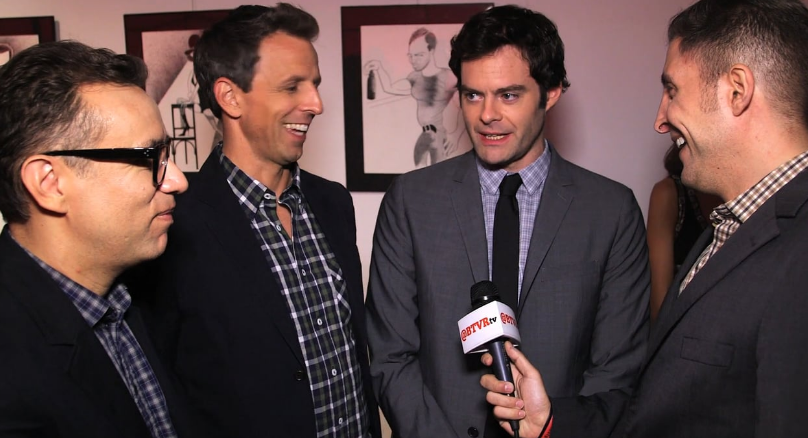 “Documentary Now!” is a comedy series that spoofs celebrated documentary films. Created by “Saturday Night Live” alumni Bill Hader, Seth Meyers, Fred Armisen and director Rhys Thomas, the show parodies the style of documentaries with a similar, but fictitious subject. The show is currently in its second season and is produced by Hader, Meyers, Armisen, Thomas and “Saturday Night Live” creator Lorne Michaels.

Fred Armisen and Bill Hader first came up with the idea during an SNL skit in 2013. One year later, the series was announced under the working title “American Documentary.” The first episode premiered online on August 10, 2015. It was followed by the regular television premiere on August 20, 2015. The series was nominated for a Primetime Emmy in 2015-16 for an Outstanding Variety Sketch Series.

British actress Helen Mirren serves as the host while Hader and Armisen play characters on the mockumentary. Although Mirren, Hader and Armisen star in each episode, the cast features many guests on the show, like John Slattery and Jack Black. John Slattery appears in the episode “Kunuk Uncovered” while Jack Black has a role in the episode “DRONEZ: The Hunt for El Chingon.”

“Documentary Now!” has been well received critics and audiences alike. “The New York Times” named the show one of “The Best Documentaries on Television.”
David Bianculli of NPR stated that, “These parodies are filmed with loving detail imitating the style as well as the look of each film, yet they’re not content with being just parodies.”

“The [show’s] humor was very different and I like that a lot,” Avery Smith ’19 said. “I like the show because it was super funny and different. It also stars two very funny actors, Fred Armisen and Bill Hader.”

Currently, the show is being aired on the Independent Film Channel (IFC). IFC is an American cable and satellite television network that is owned by AMC Networks. The second season is now halfway done with three episodes left. New episodes debut on every Wednesday at 10pm. The last episode of the second season will air on October 26, 2016. “Documentary Now!” has been renewed for a third season that will start again in 2017. It is also available to watch on the IFC website for free.