Disney star proves she is not a little girl anymore 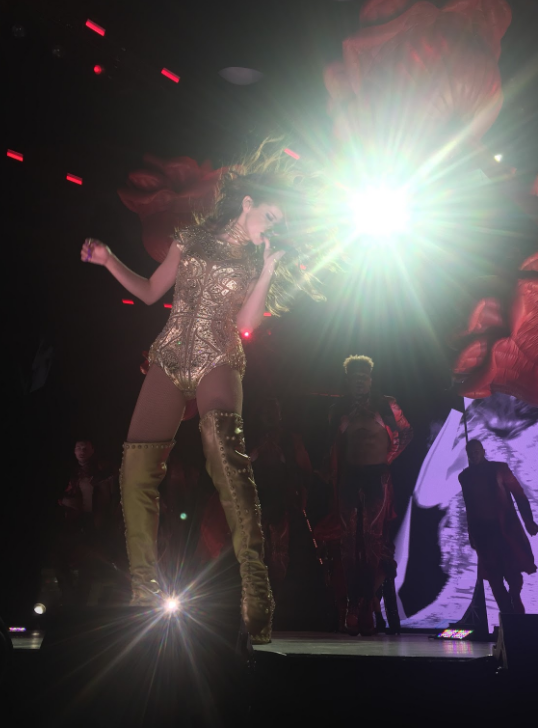 At promptly 6:30, thousands of teenage girls filed into Mohegan Sun and waited anxiously for the show to begin. With two strong opening acts including “Young Blood” singer Bea Miller and “Cake by the Ocean” singers DNCE, the two hour wait for Selena Gomez was anything but boring.

Ages and genders of all kinds were in attendance Thursday, all big fans of the “Instagram Queen.” When the lights finally dimmed, loud shrieks were heard from all and it was no surprise when the singer began singing “Revival,” the song her album was named after.

Overall she received praise from students, “The Selena concert was insane. She’s such an amazing performer and I’m so happy I went,” Grace Futterman ’19.
Selena offered a very dolled up show including many outfits changes, back up dancers and props.

The singer decided to pay tribute to her previous hits and sang songs such as “Who Says,” “Love You Like A Love Song,” and “A Year Without Rain,” but of course sung her newer hits such as “Same Old Love” and “Hands to Myself.”

Although Gomez chose to acknowledge her teenage years by singing her 2011 hits, it was clear to all in attendance that she had matured. To be honest, I was quite surprised by how revealing her outfits were and how explicit she was in her dancing. Even her opening acts displayed acts of defiance by using profanity in their song lyrics. I noticed many young girls, in the 5-6 year old range, climbing the stairs to the exit long before the show was over and even some before the show had begun. Even the video footage of Gomez was explicit, featuring clips of her fairly exposed.

Younger concert goers mothers did not approve of this and even students agreed she seemed to overlook her younger fans, “I thought it was a very cool concert, great experience, definitely appropriate for someone my age but for younger viewers, it seemed a little inappropriate,” Bridget French ’18.

Despite the more mature appearance and disapproval from the younger fans, overall concert goers enjoyed the show, “The Selena Gomez concert was filled with energy and good vibes. Selena was so spirited, and the whole stadium was just so alive!

Definitely a concert I would go to again if I could!” Lauren Wasserman ’19.
Fans got everyone in the pit to hold up signs letting Selena know that her fans love her. Selena was anything but grateful and tears filled her eyes as she thanked her fans for allowing her to do what she loves.

Overall, I thought it was an amazing experience, but I think Gomez should have been a bit more conscientious of her younger fans.