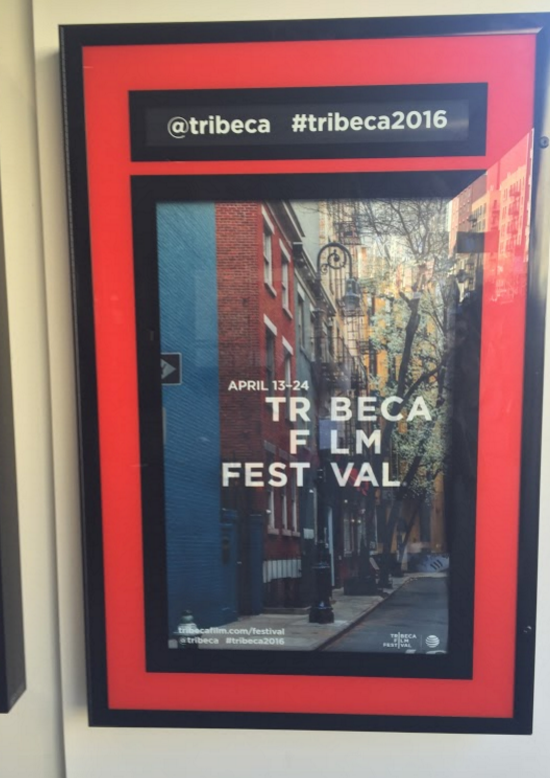 Every year, typical Manhattan residents and movie lovers alike come to view the plethora of films displayed in theatres throughout Manhattan in a celebration known as the Tribeca Film Festival, which began April 13th and ended on Thursday, April 24th. This festival gives people the opportunity to view upcoming films which have not been shown to the general public yet, as well as appreciate those producing the films.

“Film festivals are places to celebrate accomplishments of filmmakers,” Emma Cataldo ’16, who is attending the School of Cinematic Arts at USC next year, said. “Many film festivals are oriented to help out filmmakers who are relatively unknown. It allows them to gain a foothold in an industry that is solely based on who you know.”

Jim Honeycutt, faculty advisor of the film club, agreed that film festivals can be very helpful for emerging filmmakers. “…recognition at this festival will often lead a film to Hollywood and to access to funding for other film projects. Success at Tribeca will lead to greater success,” he said.

The festival showcases a wide variety of films, including documentaries, narrative features, shorts, and dramas. The directors and actors who worked to produce the movie being screened will often attend the premiere of their movie and give the movie viewers an opportunity to ask questions about the film after the screening is finished.

The audience members were given the option to rate the movie using a one to five star scale. The highest rated movies received an “Audience Award.” Some of the movies that received this award included: “Here Alone”, “Children of the Mountain” and “Junction 48”.

Julia Feldman ’18, was one of the audience members that attended “Junction 48,” a drama about an Arab Israeli rapper who uses music to bring attention to the Israeli Palestinian conflict.

“I liked Junction 48 because the topic of it was so unusual, and the rapping was actually really good! I also liked how their struggle and relationships were interconnected with his career,” Feldman said. “The editing was sick too.”

Feldman also commented on the impact of the festival on the New York City community. “I think that the film festival was a great way to bring together film lovers while supporting independent filmmakers,” she said. “It was really advertised everywhere I went in midtown and downtown, so I think that anyone living in the city could have easily found out about it and gone to one of the cheap screenings.”

Gavin Berger ’17, President of the film club, agreed that the festival had a large community aspect. “Film festivals bring people together because it shows off the work of young filmmakers, and allows the public to see a film with a smaller budget and see the dedication put into it,” Berger said.

The Tribeca film festival was founded by Robert De Niro in 2003 on the basis of bringing community, art and culture into lower Manhattan at a devastating time during the area’s existence, 9/11. It continues to be a source of art and culture in the community.

“The Tribeca Film Festival is important to the film community because it was created by successful filmmakers who wanted to have an impact in Tribeca, which was hard hit after the attacks on the World Trade Center,” Cataldo said. “In a way, it’s a community project in order to revitalize that area of Manhattan.”

Roughly 300,000 people attend the festival every year. Cataldo hopes to be included in this number sometime soon. “I definitely plan on attending some time in the future though, whether or not it’s to support my own project or to support one of my friends or just to go see it.”