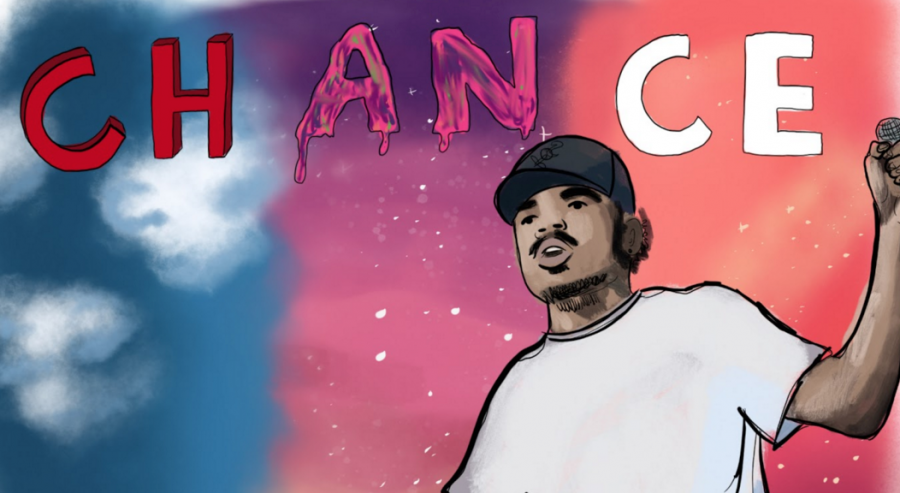 May 13 marked the end of a three year musical drought, as Chance the Rapper dropped his first solo album since Acid Rap in 2013.

Chancelor Bennett’s official artist name is Chance the Rapper, but his newest album, “Coloring Book,” proved he is also Chance the singer, jazz artist and preacher.

The way music is collaged, remixed and sampled today, genre crossover and contamination is as prevalent and important as ever.

However the selective plucking of outside genres to form a musical patchwork of a song hardly happens without carrying a deeper meaning.

It was the the enslaved African Americans who helped develop the bluesy soul genre, belting smooth, velvety ballads of the Underground Railroad. When a song incorporates this sound today, it is impossible not to hear echoes of that time, or inflict a sense of freedom.

In a similar sense, Chance’s use of a jazzy gospel style has as much significance as his lyrics, transporting the listener to a South Side sermon circa 1965, as he considers many themes of the Church, and maybe suggests the civil rights movement isn’t quite over.

Christianity, or organized religion in general, can be a polarizing concept. Everyone knows and has their place. The priest and pastor stand at the front of the room, often elevated above the congregation, who sits below them. It is the sinner, however, stumbling through the pews searching for forgiveness, who is unsure of their place.

Because yes, Chance does rap about drugs and other activities that may not be the holiest activities, even considered “sins,” but it is the juxtaposition of these themes against gospel melodies where he attempts to blur the line between right and wrong- holy and unholy- while commenting on the contradictory nature of the Church, which encourages hope, faith and community but is quick to expel and cast out someone who did something wrong.
View post on imgur.com

This is not Chance’s first time channeling more religious and spiritual style: he raps on Kanye’s “Ultralight Beam”, the first track on “Life of Pablo”, while a church choir harmonizes in the background. In his song “Sunday Candy,” which appears on his collaborative “Surf” album, Chance uses religious imagery once again to encapsulate the feeling of deep love, drawing the feeling parallel to something only explainable by a higher power.

This is not to say every track on “Coloring Book” resembles a pious hymn- in fact it is fair to say “Coloring Book” is one of the most diverse, textured and varied rap albums, even unpredictable at times- but almost every one of his verses mimics a sermon.
And he’s preaching one thing: joy.

Isn’t that what music is supposed to do? Sure, music is art and art is supposed to make us “feel something,” but couldn’t everyone benefit from feeling a little more joy?
With its jazzy retro beats, “Coloring Book” lands somewhere on the spectrum between easy listening and pump up.

Chance’s rich, vibrant rhymes dig into complex and profound themes as he explores the essence of relationships- both romantic and not- as well as growing up in an uncertain world, vulnerability and the importance of community. But the beat never drags.

In such a glass half empty world, it’s beyond refreshing to hear lines like, “My daughter couldn’t have a better mother/ If she ever find another he better love her.”

Chance’s upbeat spirit is infectious, not only evident from his music, but from the support he gains from other artists, including Childish Gambino, Wale, and Ty Dolla $ign.

Chance’s “Coloring Book” is available exclusively on Apple Music, but will be available “everywhere” in two weeks, Chance promised Fader.