My heart lies with In the Heart of the Sea 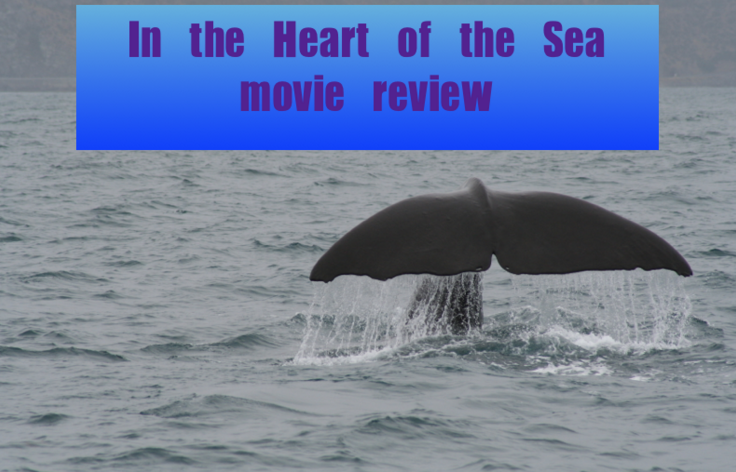 “While reading the novel gives you chills, visualizing the true story of this sea monster come to life on the big screen was utterly paralyzing,” Mira Patel ’16 said.

In the newly released film, “In the Heart of the Sea”, directed by Ron Howard, the Nantucket whaleman’s journey on the Essex is brought to light, educating this new generation on the horrors of old-fashioned whaling.

Most commonly know this story as the plot of Moby Dick, but In the Heart of the Sea was released approximately a year before by Nathaniel Philbrick. In fact, this novel was the inspiration for Moby Dick, and by overwhelming popularity, no doubt they created a movie, but with a slight twist.

The movie follows Philbrick in his effort to get the last surviving passenger on the Essex, years later, to reveal what actually happened on that boat. As the passenger recalls the events chronologically, the ever-so-talented Chris Hemsworth stars as first mate, Chase, to Captain Pollard, Christopher Walker.

Avid movie watcher and fanatic of Rotten Tomatoes, Annie Haroun ’16 was skeptical at the 42 percent review, but was pleasantly surprised by the result.

“I didn’t know how they were going to make the whale interactions with the actors that realistic,” Haroun said, “but when the whale tail charged the boat, I actually got nervous that Chris Hemsworth was going to drown.”

The reality of the picture does not have you questioning for a second how they made it so life-like, as you are transfixed by the story these effects aim to tell.

“The special effects, of the whale, the boat, and the sea itself literally give you motion sickness,” Johnny Donovan ’17 said.

Imagining yourself on the tiny vessel while this beast of a creature is out for your blood, while terrifying, is what keeps you watching all the way through.

The viewers’ compassion grows stronger as the movie goes on, as is reaffirmed by the gasps and screams of the other movie goers throughout the theater. One can only wonder who will make it out of this situation alive and who will go down with the ship in the great battle of the whale and the whale’s men.