Bringing Back the 1980’s Brat Pack 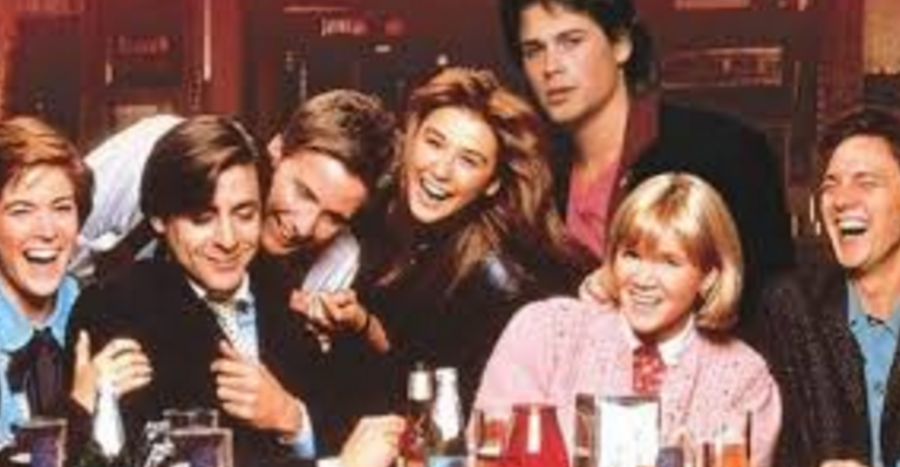 The 80’s brought on many cultural phenomenons – big hair, fingerless lace gloves, the moonwalk and stretch stir-up pants (no kidding, look it up). This generation, some may say thankfully so, has never had the chance to experience these unique trends. On the downside however, under the fog of hairspray, came some iconic actors that most of this generation has sadly not seen. They were known as The Brat Pack.

This nickname was given to a group of up and coming 20ish year old actors who frequently starred together in teen-oriented coming-of-age films. A New York magazine journalist flippantly named the clan in an 1985 article depicting them in a harsh, cocky light. The actors did not appreciate or ask for the nickname; however, it stuck. The clique was formed and quickly took on a life of its own.

When The Brat Pack were cast in the same movies they benefitted from timeless teen story lines, edgy writing, classic music and undeniable chemistry. However, many felt the movies (and in sense, the actors) were cynical, stereotypical and not culturally diverse. In the end, they were considered “among the most influential pop cultural contributions of their time,” according to author Susannah Gora.

There are two must see movies that influenced a generation and defined The Brat Pack, just ask your parents or teachers.

The Breakfast Club (1985): Starring Emilio Estevez, Anthony Michael Hall, Judd Nelson, Molly Ringwald and Ally Sheedy. The film takes place on one Saturday in a school library. Five high school students from various stereotypical social groups (the jock, the nerd, the trouble maker, the popular and the loner) find themselves stuck together for 8 hours of detention. As the mundane hours wear on, walls are broken down and eyes are opened realizing they all have similar struggles wrapped in different packages. They fight, frolic, prank and bond. They leave detention with a completely new perspective about each other. Add cell phones, computers, wifi, and this story could be played out exactly the same way today. You will relate, laugh, think deeply and look at others down the Staples halls a little differently.
Quote highlight: “…when you grow up, your heart dies.”
Song highlight: “Don’t You” by Simple Minds.

St. Elmo’s Fire (1985): Shortly after “The Breakfast Club”, “St. Elmo’s Fire” was released starring many of the same actors – fueling The Brat Pack. In addition to Estevez, Nelson and Sheedy; Rob Lowe, Andrew McCarthy, Demi Moore and Mare Winningham joined the tribe. A close knit group of recent Georgetown University graduates work their way through the trials of the real world issues while still trying to hang onto the free style college life, centered around their local college bar. The film tests the boundaries of success, failure, friendship, love, loyalty and spiraling out of control. Also, how far would one go for a friend? You will laugh, fall in love with Rob Lowe (seriously, no matter who you are), cry and wonder strongly about growing up.

Quote highlight: “It isn’t real, you know what it is? It’s St. Elmo’s fire….. We’re all going through this. It’s our time on the edge.”
Song highlight: “St. Elmo’s Fire” by John Parr