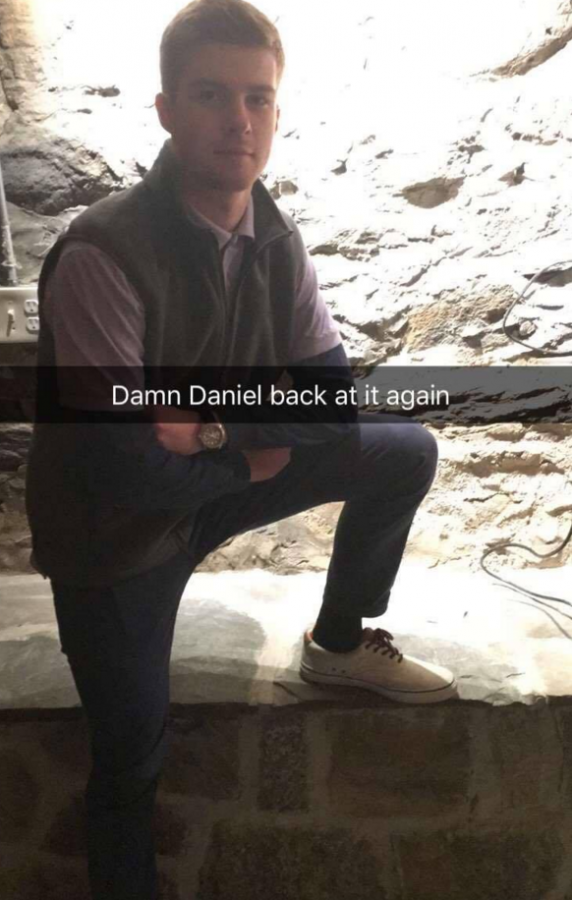 With the viral age in full swing, every now and then a new internet meme sensation comes to fruition. From the Harlem Shake to the ALS ice bucket challenges, social media has shown to be a powerful forum to spread funny memes.

The newest, a video known as “damn daniel” has spread like wildfire and into the Staples hallways. Originally posted on twitter, the video has over 300,000 retweets and has been posted all over the Internet. “Damn Daniel” has become so popular that the two freshman from California who created the meme appeared on the Ellen Degeneres show and have become famous.

Among Staples students, there is a large consensus that “Damn Daniel” is hilarious. While some contest that “Damn Daniel” is only found funny because of its viral status, there seems to be overwhelming support for the meme in Staples. Sebastian Wick ‘17 is among the majority that love the video.

“I like it because first off Daniel is a great guy with style and the guy behind the camera is a savage with a nuts accent,” Wick said.
Like it or dislike, there is no doubt that it is an interesting time to be named Daniel at Staples.

“I probably have at least three people call me out in the halls in between each class saying ‘damn daniel,’” Daniel Brill ‘16 said.

However, Brill has decided to embrace the extra attention.
“I went to my friend and borrowed his white vans, just like from the video to make it a little more authentic.”

If you haven’t seen the video yet, watch here and form your own opinion.