Stan Smith kicks back into a new millennial style 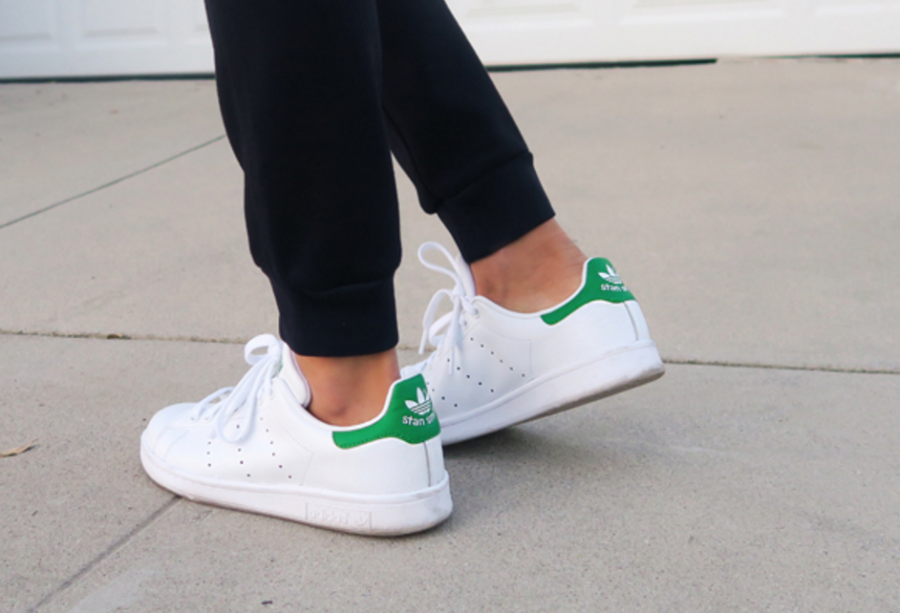 An image from a fashion blog shows the pristine white leathered shoe, and the comeback its made.

In the 70’s, every American knew who Stan Smith was. He was tennis royalty, a Wimbledon champion and, in the latter of the decade, a face of style.

Meet the Stan Smith, a classic tennis shoe given it’s name and representative in 1978 and now a major fashion trend almost 40 years later.

This shoe has a unisex appeal and is desired by people of all ages mostly because of it’s versatility and it’s modern yet vintage design.

“They’re simple,” Noah Robins ’16, a sneaker enthusiast explained. “There’s not much to them and that’s why they’re such a statement.”

Simple they are: a pristine white leather covers the entire shoe except for the pop of kelly green on the back. The one surprise is on the tongue where there is a portrait of Smith’s face.

The shoe’s popularity did not come by chance. In 2014, Adidas launched a major social-media campaign where they sent celebrities (including Kim Kardashian and Ellen Degeneres) original Stan Smiths with their individual faces printed on the tongue.

This led to the revival of the iconic shoe years later and especially caught the attention of teens.

Liv Smith ’16, now an owner of a pair, said she wanted to bring the trend to Westport. “A few of my New York friends got them this summer and that’s when I knew that they’d become huge.”

However, some like Bailey Rizza ’17 have been familiar with the shoe for a while. “My dad still has his sitting in his closet,” Rizza said. “So, I knew about them before, but never thought they would be so popular among young girls.”

All over the world, Stan Smiths are making a vintage revival. They’re nothing but tennis sneakers, but because of their influence and prominence recently, they’re now a modern fashion staple for all.