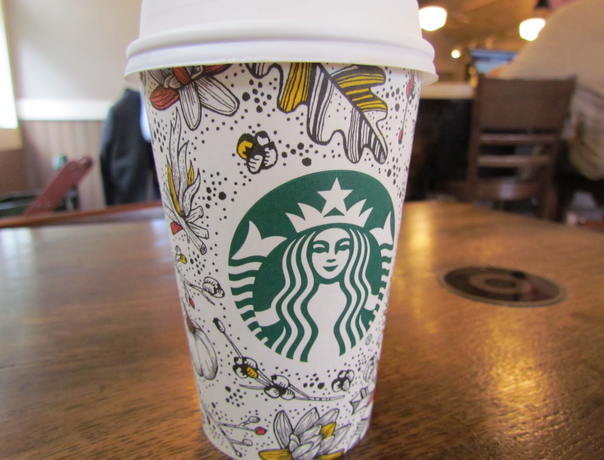 With fall quickly approaching and the seasons beginning to change, most people are consumed with thoughts of big sweaters, football games and the colors of the leaves. But unlike most people, coffee lovers everywhere are taken over by the long anticipated release of the fall themed drinks that are offered at Starbucks during the autumn season only.

Every year Starbucks announces its annual addition of the pumpkin spice late to the menu for the fall and winter seasons, but this year Starbucks is adding a new drink that has a different taste on fall.

“I was really surprised when the new drink came out,” Sophie Epstein ’17 said. “I was not expecting anything other than the pumpkin spice latte.”

This year, Starbucks has taken a new approach to the fall season by, for the first time in four years,  adding a brand new latte to the menu for a limited time. The toasted graham latte was announced on September 23,2015 , resulting in Starbucks everywhere being flooded with caffeine savvy individuals.

“The day after the new beverage came out, we had a line out the door and I knew exactly what they were all going to order” said the Westport Starbucks Manager who wished to remain anonymous. “I definitely was not expecting that kind of reaction so quickly.”

The toasted graham latte gives the flavor of spiced graham crackers soaked in sweet milk mixed with the comforting flavor of coffee, providing the consumer with the ultimate feeling of fall. According to the Starbucks website,  it took the official recipe maker over a year to perfect this recipe, hoping to ensure the success of the drink.

“I love the new drink. I was hesitant to try it at first, but I am definitely happy I did. It’s one of those things that doesn’t sound like it would taste good, but once you try it you can’t stop.” Christine Taylor ’18 said with a smile.

Along with the addition of the toasted graham latte, Starbucks introduced their new bakery treats that are a perfect match when paired with the themed beverages. Some of the autumn themed items include the pumpkin scone, apple pound cake, pumpkin decorated sugar cookie and the pumpkin cream cheese muffin.