Choosing the best picks on Netflix 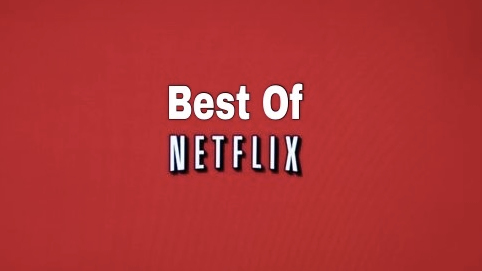 With snow day season at its peak and February break on the horizon, students are finding themselves with a lot of time to kill. What better way to kick back and relax than to grab a laptop and some snacks and log into Netflix?

“I binge watch way too much,” Avery Wallace ’15 admitted, adding that the most amount of time she has spent on Netflix at once is “probably seven hours.”

From suspense-filled TV shows to laugh-out-loud comedies, the media-streaming service has it all. Here are some of the gems it has to offer this winter.

In a New Year’s miracle, all 10 seasons of the twenty-year old sitcom arrived on Netflix in January. While some of its pop culture references are now outdated, the classic comedy about a group of friends in the city is as relevant as ever with its many love triangles, friendzones, and bad dates. Plus, the ongoing Ross and Rachel drama is enough to keep any viewer entertained for hours at a time.

This show, about the manipulative, power-hungry politician Frank Underwood, is not just for fans of AP Government. It is a dramatic, sophisticated series that deals with a lot more than simply the White House or the press, and has memorable characters that you will either love or love to hate.

“Frank is a Machiavellian character — he does what he needs to do to reach the desired end,” AP Government teacher John Miller said. “I know this is wrong, and not what I want from real politicians, but rooting for a character that you shouldn’t root for has a certain appeal.”

There’s just enough time to catch up on the first two seasons before the third one comes to Netflix on Feb. 27th.

While the controversial film may not be the most intellectually-stimulating option, it’s been all over the news and there’s only one way to find out if it lives up to the hype. It’s always fun to watch BFFs James Franco and Seth Rogen in action, and it can’t hurt to finally understand some of the jokes people have been making (especially post Katy Perry’s “Firework” Super Bowl performance).

Orange is the New Black

The Netflix original series about a woman’s prison in Connecticut is the perfect combination of humor, drama, and romance. Its mix of intense crime stories and intimate personal relationships has won more than just a handful of awards, and it only takes a few episodes’-worth of watching to see why.

“It gives a voice to members of society that aren’t usually heard and brings to light the problems in the prison system,” Kathryn Bangser ’15 explained.

The third season will come out in June, so there’s no better time to binge watch.

How I Met Your Mother

How I Met Your Mother’s nine glorious seasons about Ted’s search for romance and his friends’ hilarious adventures are endlessly entertaining. Each episode is short and sweet, but it’s easy to get sucked in and watch dozens at a time. The show might as well be called How I Spent My Entire Vacation.

“Its a sitcom, but it has real life scenarios that you can relate to,” Phil McGovern ’15 said. “My favorite character is Marshall because he’s the outcast of the group, not only because of his height but because of his personality.”

Whether it’s with a new escape or a new addiction, Netflix is sure to provide the answer to your winter blues.