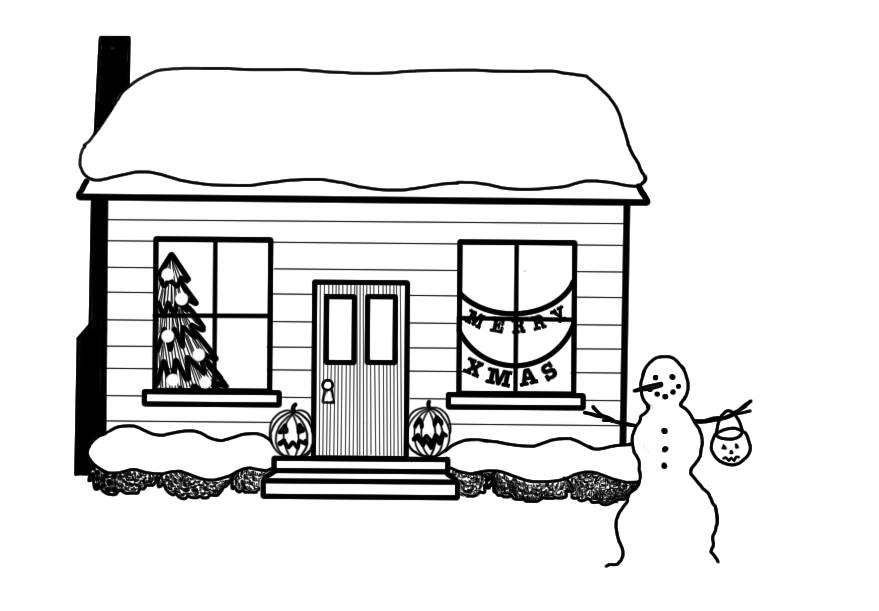 It’s a few days before Thanksgiving when a student might notice the eyesore of a house that still has zombies coming out of the ground and a giant blow up witch in the front yard.

Of course there is fun in decorating for a holiday, but for many students there’s a point when enough is enough.

David Faccin, the Westport Stop and Shop store manager, said that the seasonal decorations and other goods are to be treated as “perishable goods.” This is due to a lack of storage space and that most people will not continue to shop for seasonal items after that particular season is over.

Though many people tread the fine line between the build up of anticipation and annoyance, they know when to cut their loses on the aisleway displays in the seasonal section. They know that the anticipation of Halloween can only do so much to disguise the  sugary chocolate and the cheap fabric of the costumes.

“I just think, if the holiday is over, then a week later they should take them down,”  Emma Rojas ’18 said. Not only do people tend to leave decorations up too late, but Halloween decorations have also started to invade late August as well. For many students, this is far too early to begin preparing for the holiday.

“I think early October is a good time. That way you’re thinking about Halloween at that point,”  Madison Malin ’17 said. “Any earlier  is a little ridiculous.”

Granted, timeliness isn’t the only factor. “Well there are two parts that go into it. Amount of decorations and time of placement. The amount is much stronger with its annoyance,” Drew Beitman ’15 said.