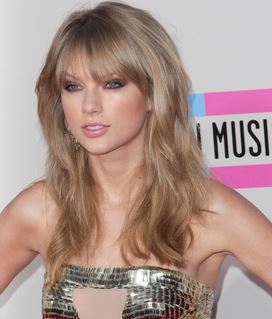 “1989” was released on Oct. 27 with thirteen new tracks. Photo courtesy of MCT Campus.

I was excited to see where Taylor would go next in her career after giving her listeners a little taste of her pop transformation with the release of “Red” in 2012.

However, I’m not all that impressed by her new sound. “1989” is unlike any other Taylor Swift album and that’s where the problem lies.

The lack of banjos and acoustic guitar riffs in the lead single, “Shake It Off,” prepared me for an album of pop that was sure to come. I thought that maybe this single was just to get the listeners excited and that “1989” would still have her country roots.

“Shake It Off” had foretold a soundtrack filled with overly-edited music and overuse of synthetic sounds from the 80’s.

Taylor was influenced by friends like Lorde and Jack Antonoff from the Bleachers whose music both straddle the line between alternative and pop, two genres Taylor doesn’t quite resonate with.

Songs such as “Bad Blood,” “Blank Space” and “Wildest Dreams” all sound like they are straight off a Lorde album with their heavy bass and Taylor’s breathy voice. And, Antonoff’s overwhelming vocal edits on “Out of the Woods” are a stark contrast with Taylor’s natural acoustic sound on her past four albums.

Although “1989” is musically disappointing, her lyrics tell new refreshing tales.

Her transition into adulthood has allowed her to tell bigger stories than “she’s cheer captain/ and I’m on the bleachers” like in “You Belong With Me” from 2008.

Taylor now poetically explains a relationship with a man battling alcoholism in “Clean,” says that “you can want who you want” with the city’s gay rights in “Welcome to New York,” and artfully reveals new intimate relationship details in “Style” and “Wildest Dreams.”

These new messages aren’t something the Taylor of “Fearless,” “Speak Now” or “Red” would ever discuss. This new Taylor of “1989” is mature, sophisticated and brilliant all at once.

Despite lyrics undermined by 80’s synth, Taylor Swift is still the same hopeless romantic that bravely shares her endeavors of love with the entire world.

It’s time that we accept that this Nashville country girl is now a New York woman with a new pop sound to accomodate.