Tricking Staples with the scariest of treats 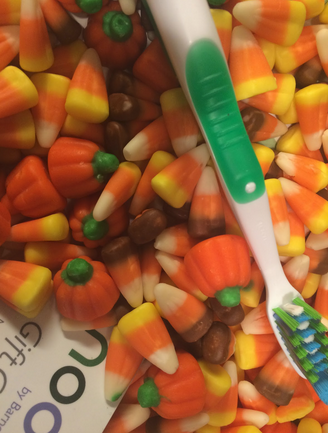 Unlikely Halloween handouts are hidden among the sweet treat of candy corn.

The magic of Halloween to a little kid isn’t dressing up in a costume or seeing decorations transform their streets into haunted graveyards but the infinite number of sweets handed out this very special night like no other.

A kid’s biggest nightmare isn’t being scared by a goblin or ghoul but the daunting fear of getting a hauntingly horrible Halloween treat.

Here are the top  scariest of Halloween handouts that the Staples’ student body has received over the years.

Little kids move from house to house with hopes of scoring a milky-way or snickers bar not some healthy snack their mom gives them as they hop off the bus after a long day of school.

Megan Nuzzo ’15 was never too excited when she was greeted at a door with pretzels and popcorn. “It was always somewhat exciting to see that it was something different, “ said Nuzzo, “but it certainly wasn’t a sweet treat.”

If someone tries to think of one of the most mediocre snacks of all time, the only plausible answer is a box of raisins. Not horrible, certainly not an amazing snack, mediocre all around and the last thing anyone would want on Halloween.

Maggie Brown ’16 was faced with the devastation of a box of a raisins on one unfortunate Halloween. An older couple that she lived close to would handout raisins on each and every Halloween.

“It was weird and very lame,” Brown said. She couldn’t have put it better.

Sometimes houses opt to go for a non-edible handout. On a rare occasion you can find yourself with a gift card to somewhere like Barnes and Noble or itunes. It’s certainly not something to snack on while exploring neighborhoods looking for the best treats.

One of the few students to be given a gift card while trick or treating was Erin Munley ’16. “I was so young so I really only wanted candy rather than an iTunes gift card,” Munley said.

The last thing a kid wants is a little plastic card when they could be savoring bites of a chewy chocolate bar.

A second non-edible treat that trick-or-treaters get are some not so exciting stickers. What even is the point of stickers? Certainly not something you can snack on and not used for anything of importance either.

Noah Staffa ‘16 had a very clear and concise opinion on the subject. “Kids expect candy on Halloween” Staffa said. “That’s just the way the world is.”

Getting candy on Halloween makes the world go round and stickers just aren’t cutting it.

Yes I said it, toothbrushes. Toothbrushes are so far from what any kid would want on Halloween. It’s like a reminder that all this candy can give you cavities if you eat it all. Getting a toothbrush is really just a mean joke.

Jonas Piekara ’16 once faced this real life nightmare and was handed a toothbrush. I wish I could say that it was a trick not a treat.

“I absolutely did not like it” Piekara said, “it was just mean.”

As Noah Staffa ’16 put it, “Kids expect candy on Halloween. That’s just the way that the world works”. Let’s cross our fingers that this Halloween, Staples students don’t get halloween handouts as horrifying as these.