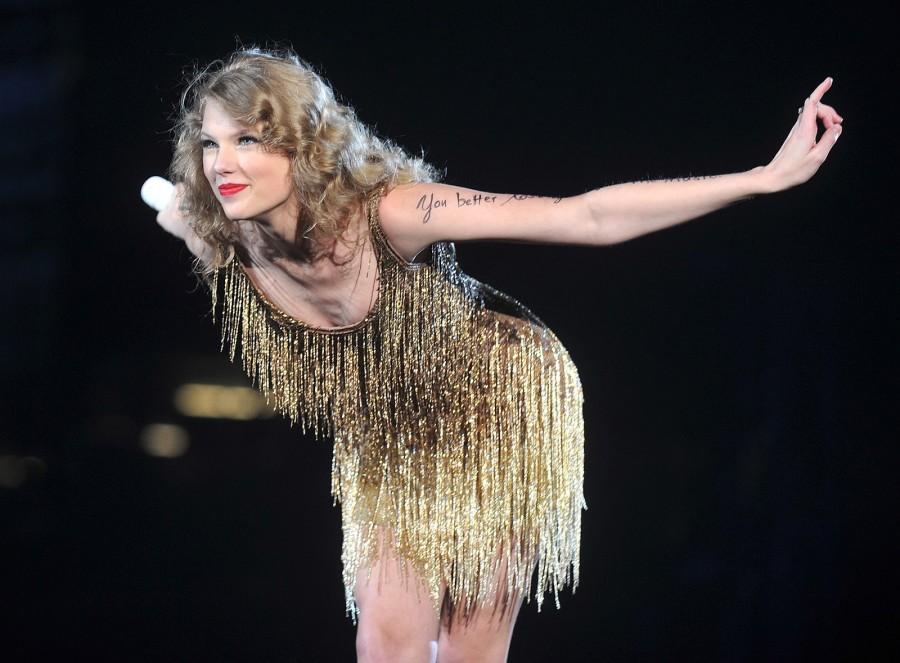 Taylor Swift is a major influence in the music industry. Her fanbase mostly consists of young girls who look up to her as a role model.

The Billboard Hot 100 list recently released its chart toppers for the week of September 6th. The number one spot belongs to Taylor Swift’s, “Shake It Off,” followed by Nicki Minaj’s, “Anaconda” and Meghan Trainor’s “All About That Bass.”

While these female artists’ sounds range from pop to rap, each of their chart topping songs have a similar message behind the synthetic beats and catchy tunes.

These three feminine musical vanguards were able to top the charts this week with empowering songs about being confident and embracing imperfections.

For Swift’s new song she addresses the many people that judged and hurt her. A very true-to-media example being, “I go on too many dates/ But I can’t make them stay/ At least that’s what people say.”

The lyrics in her chorus then trump the rumors by saying she’s just going to shake it off and ignore the people that bring her down.

On the other hand, while “Anaconda” has its fair share of sex-appeal, it also has feminist qualities and suggestions of body-image confidence.

“She is telling the people with the curves that it doesn’t matter that there are skinny girls,” says Minaj fan, Gabby Perry ‘16. “Guys will still like curves.”

Despite Nicki’s typical sexualization in her songs, she advocates for the women who aren’t perfect.

Meghan Trainor’s body acceptance anthem, “All About That Bass,” is meant to inspire women to accept themselves.

Trainor sings, “I ain’t no size two/ But I can shake it, shake it/Like I’m supposed to do,”  an assurance that she is comfortable with her body.

Three powerful women topped the charts this week, suggesting to the world that they are going to make a beneficial change through music.

Izzy Baildon ’17 says, “People will begin to understand body positivity and confidence more and more if this is the type of message that’s repeatedly portrayed in popular music.”