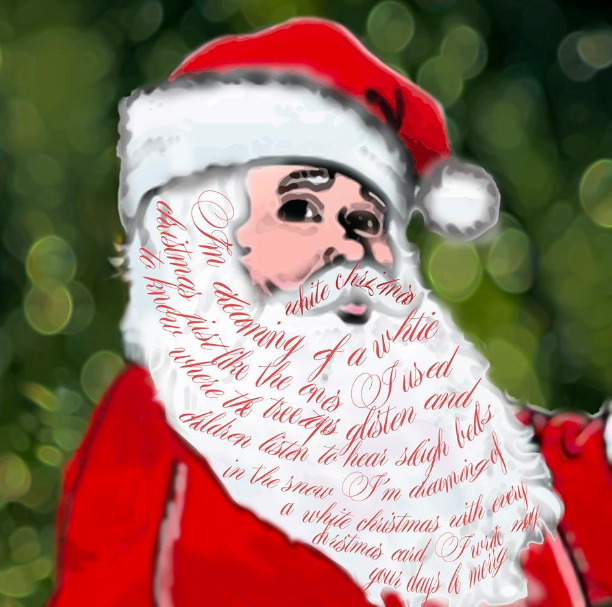 The hap-happiest season of all, the most wonderful time of the year, whatever you may call it – it’s the Christmas season. Cold crisp air tickles rosy cheeks, the smell of lingering fires and hot cocoa fills noses of cheer-filled men women and children alike, and ears are full of songs of hope, joy and love.

“Listening to ‘Holly Jolly Christmas’ and other classics will always puts me in a good mood — today, tomorrow, and every Christmas to come,” Kaela Kowalsky ’15 said.

As these songs that bring a smile to the faces of adults and children alike jingle out the stereos of Westport homes, there seems to be a common theme: the lyrics are the same. Lyrics that parents and grandparents and maybe even great-grandparents of current Staples students listened to, and sang along with when they were teenagers, have been passed on to students today.

“Traditional music brings back these memories of Christmases past and stories of all types. New songs don’t have the emotional value,” Avery Wallace ’15 said.

Traditional Christmas music will always be a part of the life of Hannah Malowitz ’15. It gives her memories that will last a lifetime. Because Malowitz is Jewish, her family does not spend Christmas day under the tree opening presents, but skiing. Yet, they still join in on the holiday cheer.

“On the chairlifts, we sing ‘Let it Snow’ at the top of our lungs, until people throw snowballs at us and tell us to stop,” she said.

Its appears as though musicians never break ground with original lyrics but rather take the old lyrics and jazz em up. It’s as if successful Christmas music is a phenomenon that can not be created from scratch but only be maintained, repaired and beefed up. New lyrics don’t connect with listeners as well as lyrics from the past, and artists know that. However, having these traditional lyrics revamped and given a pop-infused vibe is often a way to keep things current, without losing the sentimental value of traditional lyrics.

Artists like Carrie Underwood, Miley Cyrus, and Justin Bieber have given a new spin on old tracks such as ‘Rockin’ Around the Christmas Tree,’ ‘Santa Claus is Coming to Town,’ and ‘Oh, Holy Night.’ Even the Duck Dynasty gang has gotten in on the action, having recently released a country Christmas album, titled ‘Duck The Halls.’

“For me, it’s all about Ariana Grande’s rendition of ‘Last Christmas.’ Her vocal chords on the track are a gift from God,” Todd Goldstein ’14 said.

While Staples students are curled up by the fire with a glass of eggnog, Christmas trees sparkling beside them, watching snow fall, there will be two types of music dancing through Westport houses this year: classic arrangements and New Age arrangements. But no matter which beat thumps in the background, the lyrics stay… traditional.