The Merging of Music 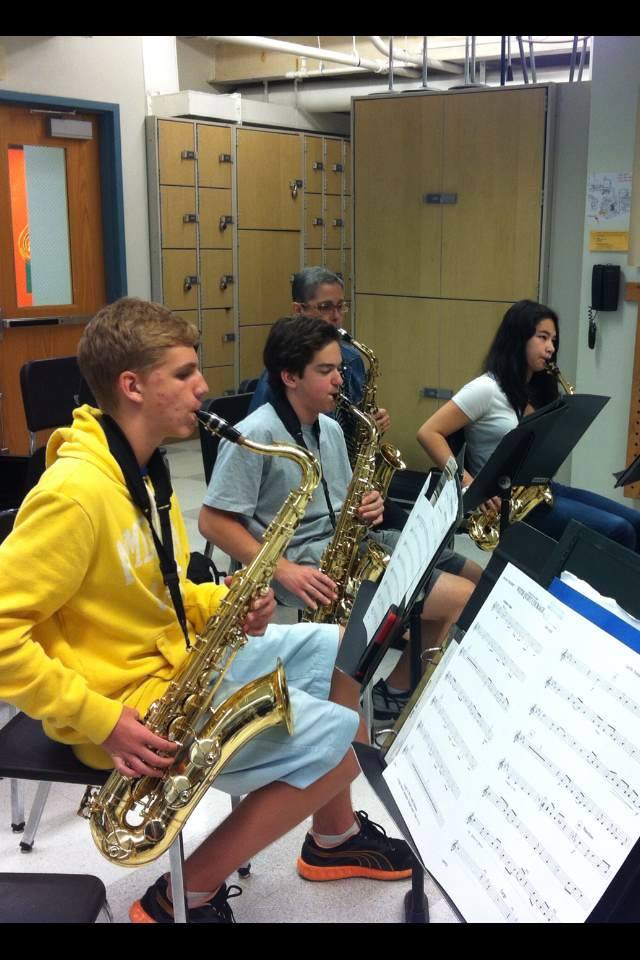 The students in sophomore band this year are under a new kind of pressure. Since approximately 12 kids have dropped out of the band between freshman and sophomore year, success rests on the 13 remaining student’s shoulders.

The loss of students has made it more difficult for the remaining players. “You have to really rely on yourself and put in your best effort every rehearsal,” said flute player Maddie Gray ’16.

Part of this difficulty is due to a lack of variety of instruments. “The music is more challenging because we (the band) have to keep the beat in our head because there is no percussion section,” said flute player Katharine Smith ’16.

However, Band Instructor Nick Mariconda is confident in his students. “The students who are here have stepped up and embraced the challenge,” said Mariconda. He believes that all of the students have a passion for their instruments and are working extremely hard.

While the smaller group has its challenges, it also has its advantages. Mariconda is able to focus on each student individually, which has allowed for greater progress than could be achieved in a large group.

Mariconda has also found a solution to the lack of instrumentation by merging the sophomore and freshman band for concerts. Combined with the 28 freshman students, the band is complete and able to play every aspect of the music. Sadly, the decline of enrollment in the music department has been a reoccurring trend and Mariconda has had to merge his bands in the past.

The trend of decreasing students in the Staples High School music department has also proven true in the choir and orchestra. “There is so much offered at Staples that kids want to try different things and end up sacrificing their instrument,” said Mariconda.

The 13 sophomore band students have done an excellent job holding their group together, but if the number of musicians continues to decrease in the future the band may be in jeopardy.