The Real Life of the American High School 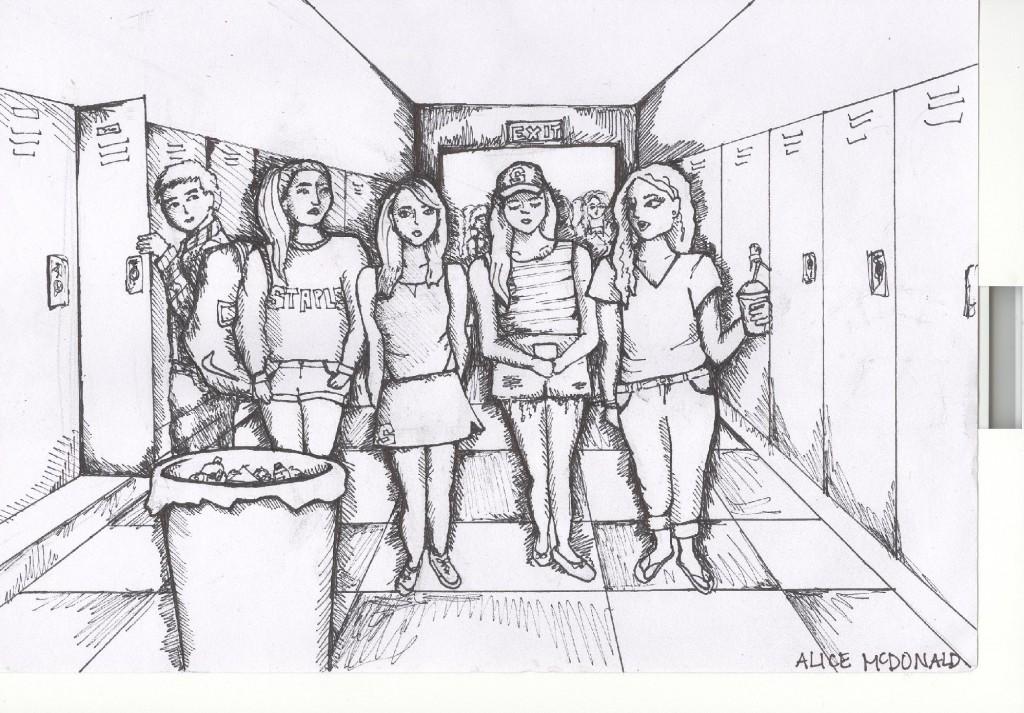 In late Aug. of 2009, the seniors of 2013 woke up for their first day of freshman year timid and not sure of what was to come. They thought that what they knew of high school was going be like what they had seen on TV. While quotes from the infamous movie “Mean Girls” were engraved in their brains, they hoped the high school life that was portrayed in the movie wasn’t real.

In “Mean Girls,” just like the freshman of 2009, Cady, the main character, went to high school for the first time not knowing what to expect. However, she soon learns about the clique system and “mean girl” behavior that exists at North Shore High.  High school, to her, is a jungle, meaning only the fittest survive.

Jill Rappaport ’13 said that by far “Mean Girls” is and will always be her favorite movie about high school, but it didn’t influence what she first thought it would be like.

“The whole movie was so hyperbolized,” said Rappaport. “I knew that high school wouldn’t be that bad.”

Rappaport explained that every comment or joke made in “Mean Girls” is over-dramatized to make it funny. In one scene, characters Gretchen Wieners and Karen Smith tell Regina George that she can’t sit with them because she is wearing sweatpants and it’s a Monday. “That’s against the rules and you can’t sit with us,” Smith saya. While George tries to protest, the conversation ends when Wieners screams to the whole cafeteria, “you can’t sit with us!”

While all the “disses” and “rudeness” still do happen in high school, Rappaport feels that, at Staples, they happen discreetly in comparison to the movie.

“In ‘Mean Girls’, so many people walk around and openly gossip and say something mean about someone they aren’t friends with,” Rappaport said. “In real high school, I think many people often have a stereotype, opinion, or image for a person, but they keep it private.”

Like “Mean Girls,” many shows that teenagers watch are centered around teenagers living a high school life. Both “Gossip Girl” and “The OC,” two of Siri Andrews’ ’13 favorite shows, focus on teenagers’ lives as they attend private school. The show definitely influenced Andrews because she stated that after watching these shows, she thought that private schools were full of “wealthy kids with crazy lives that can do whatever they want.”

The shows follow the characters as they drive around in town cars, buy anything out of a top designer store, and fly half way across the world. All these little details are the small things that add to the scandals about boys and bullies.

“In reality, high school isn’t like that. There aren’t bullies or pregnant teenagers or the popular kids that strut the halls like they own the place,” said Perri Cohen ’13.

As Andrews has now lived through four years of high school, she agrees with Cohen and realizes that these scenarios were not necessarily the case at Staples.

“High school is obviously so different from TV and movies because drama isn’t created for the sake of being created,” said Andrews. “People really try to avoid drama, and, unlike TV shows, there isn’t that much sabotage and revenge taking place. People work out their problems normally.”

In these shows, it is typically the girl who is creating the drama because she thinks she is better than everyone else. However, there is no “queen bee” who runs Staples the way Blair Waldorf runs Constance Private School on the Upper East Side in “Gossip Girl.” Unlike Waldorf, people don’t dump their full cup of yogurt on you if you sit in their seat in the lunchroom, and they definitely do not spend their day scheming for revenge to make you the most hated person on the Upper East Side.

An average day for a StaplesHigh School student would consist of waking up around 6:30 a.m., going to school, participating in an after-school activity, coming home to do homework, and then probably going to bed. However, Waldorf runs her life differently.

The camera always shows her outside the classroom in the courtyard, shopping on Madison Avenue, feeding the ducks in Central Park, or attending a charity gala on a Tuesday night. The concept of homework, a daily high school activity, never made the cut.

Cohen concluded that whether it is “Gossip Girl,” “Mean Girls,” or any other show or movie, high school drama shows share one thing in common.

“They all hyperbolize the worst and best possible scenarios in high school situations, and, unfortunately or fortunately, depending on what scenario, I cannot really relate my high school experience to those in TV shows,” Cohen said.

Rappaport and Andrews agree that while they love watching these drama-filled movies and television shows, they cannot truly relate to any specific characters.

“High school was so normal, and there are no shows that follow just an average person. It always has so much excessive drama and cattiness, and high school really just is not like that,” said Andrews.