Arrested Development: No Longer Under Arrest 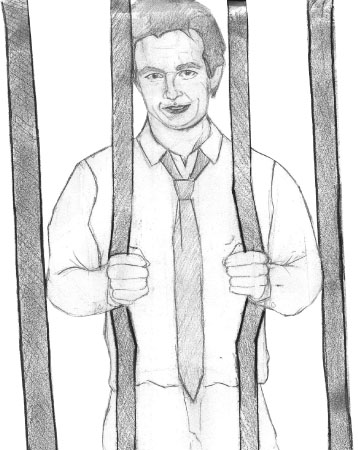 “Arrested Development” aired for three seasons starting in 2003 on Fox, before being cancelled because of low ratings. Its cancellation upset the show’s fans and many critics who believed that the Emmy and Golden Globe winning show was one of the best comedies of all time.

Now “Arrested Development” is coming back.

Netflix, along with the original creator and cast of the show, produced a new season to begin on May 26. “Arrested Development” developed a cult following, which grew as more people watched it via Netflix or DVD, and the fans are ecstatic about the new season. All 15 episodes of the new season will be released at the same time to stream on Netflix.

Many Staples students are excited about the return of the show. Peter Lagerloef ’14 said, “I’m glad it’s going to be on Netflix. It’s cool that they’re making it there instead of a network.” Jeremy Langham ‘14 agreed. “I think it being on Netflix instead of a network is a good thing because of its convenience. I can watch every season there easily.”

Every fan of “Arrested Development” has a favorite moment from the show. Lagerloef’s was “the burning down of the banana stand. It was hilarious.” Sam Neufeld’s favorite moment was “when Buster became a stripper named Candy Sandy.”

The quirky minor characters are also favorites for some fans, “like Enrique the gardener,” Neufeld said.

Gob, a narcissistic magician who rides a Segway, is Lagerloef’s favorite character. “I think he’s the funniest person on the show,” he said.

“Arrested Development” left a number of cliffhangers in the finale of its third season. Lucille (Jessica Walters) was stealing a cruise ship and being pursued by the SEC’s commandos; George Sr. (Jeffrey Tambor) was stowing away aboard the cabin cruiser; Michael (Jason Bateman) was piloting down to Mexico with George Michael (Michael Cera); Buster (Tony Hale) was facing his worst nightmare in the form of a seal, a cuddly, but vicious sea-mammal; and Gob (Will Arnett) was acting insane (as usual). We also found out that Maeby was not George Michael’s cousin; however, that George Michael’s crush on Maeby was still creepy as all get-out.

Fans like “Arrested Development” for its excellent cast, outstanding writing, and quriky style, though some of the fans’ interpretations of the show are even quirkier.

“The underlying metaphor that promotes Marxist ideals and encourages young women to be satisfied with their bodies, exhibited, for example, in Buster’s reaction to his hand being bitten off by a seal. He becomes extremely insecure, but by the conclusion of the episode he comes to terms with his flaws and blossoms into a beautiful young man,” Neufeld said.