Can Funny Be Taught? 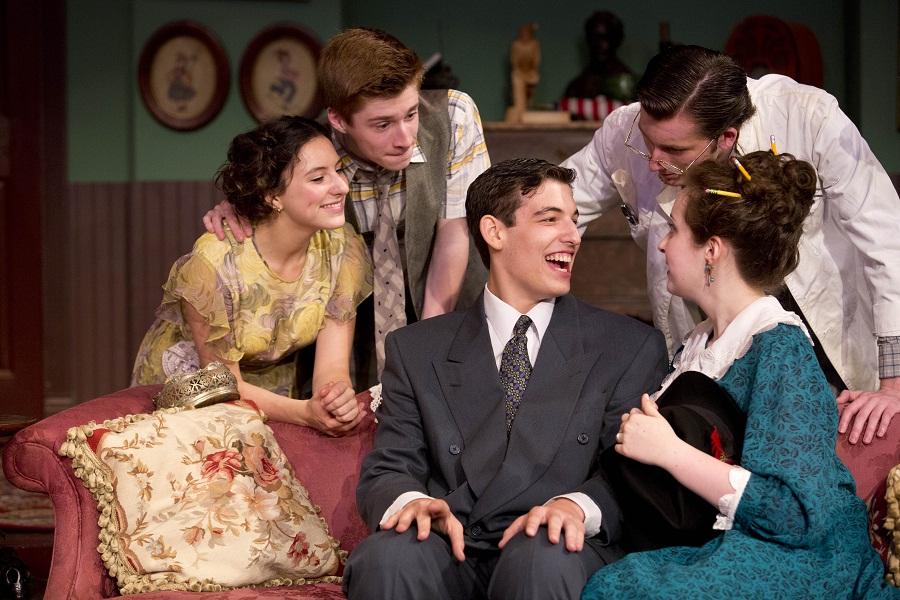 Staples Players perform in a preview of "You Can't Take It With You" on May 29.

When acting in a show like You Can’t Take It With You, one must  make the audience laugh. In the time the Staples Players have to rehearse a show such as this, they must learn how to be funny and make sure to time their delivering to get the biggest reaction.

“I think comedy is very difficult,” David Roth, Staples Theater Arts teacher and one of the show’s directors said. “I mean, drama has its own difficulty, but I think comedy is on a different scale. [It’s a] more challenging thing to do as an actor.”

One important thing the actors need to perfect is timing.

“If the pace of the lines are too slow, or if the lines are delivered wrong, it will kill the joke,” Michelle Pauker ‘13, who plays Essie Carmichael in the production, said.

Roth also said that much depends on the actor delivering the line.

“Well, some people are naturally funny and some are not,” he said. “So if a student does not have a natural ability it takes more time.”

However, learning to be funny can be done. For some plays, the script makes it easy for the students involved in Players to lose themselves in the comedy of the play.

“The script really helps and with a show like this, it’s naturally crazy and funny,” Claire Smith ‘15, who plays Alice Sycamore, said.

In addition to learning strategies, the actors in Players practice in front of mini-audiences to make sure they are doing the line correctly.

“Luckily, when we rehearse, we have our lovely directors, assistant/student directors, stage managers, technicians, and double casts watching,” Pauker said.

The directors, assistant and student directors, and the many others that watch the Players practice their lines help the actors by providing feedback when they do not pull off a joke so they can improve the time opening night comes.

And when opening night does arrive, the actors have being funny down-pat.

“You feed off the audience,” Smith said when discussing how she  practices being funny for a part. “[You have to] keep it fresh all the time.”