The Battles of the Best: Season 3 of The Voice Returns Again With More Talent Than Ever 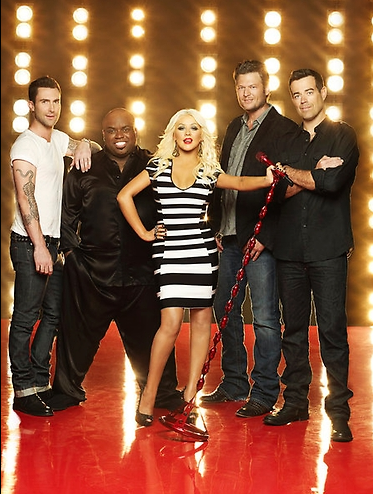 There is something about The Voice that just makes me want to get up and sing.

And trust me, I am not a singer.

Since the premiere of the third season on Sept. 10, I have turned my television to NBC at 8 p.m. every Monday and Tuesday faithfully. For an hour or two, I let my mind be blown away by such supreme, indescribable talent.

I am so enticed that I find myself begging along with the performer’s family for one of the four chairs, holding judges Blake Shelton, Christina Aguilera, Cee Lo Green, and Adam Levine, to slam their button down, illuminate their “I WANT YOU” sign, and turn around.

What makes this show not only different, but better than American Idol and the X Factor is that the show begins with three weeks of blind auditions.

Blind auditions consist of the judges sitting in separate chairs with their backs to the performer, and hitting a button if they hear something that might bring them success on the team of singers competing against each other they are creating. If more than one judge turns around, the performer must choose which coach they would like to coach them.

That’s much better than listening to Simon Cowell’s criticisms and whines about what a disgrace his contestants on the X-Factor are. I’d rather watch a show that is more positive experienced coaches who have actually had unbelievable successes in the music industry.

Melanie Martinez, also on Team Adam, brought an interesting rendition of Toxic to the stage that was appealing since it was both fresh and crazy seductive, as she worked her guitar and adorable gap-toothed smile.

My personal favorite would have to be Avery Wilson on Team Cee Lo. Not only did he win over all four judges, but I’m sure he stole every viewer’s heart. He left me absolutely speechless. His performance of “Without You” was sung so perfectly, I would have sworn it was Usher if Wilson hadn’t added his own little twist to demonstrate his ability to climb such a large range of notes.

Right now, each judge has such an amazing roster that it is hard to say which coach has the upper hand. Once the battle rounds start, when coaches put two of their contestants up against other, it will be easier to tell how each singer matches up to each other.

I am so excited to see who advances and who gets cut in the upcoming battle to be named ‘The Voice’. For those of you like me who were dying of boredom from American Idol and the X-Factor dragging on, give The Voice a chance.

I promise you’ll be left more than satisfied.