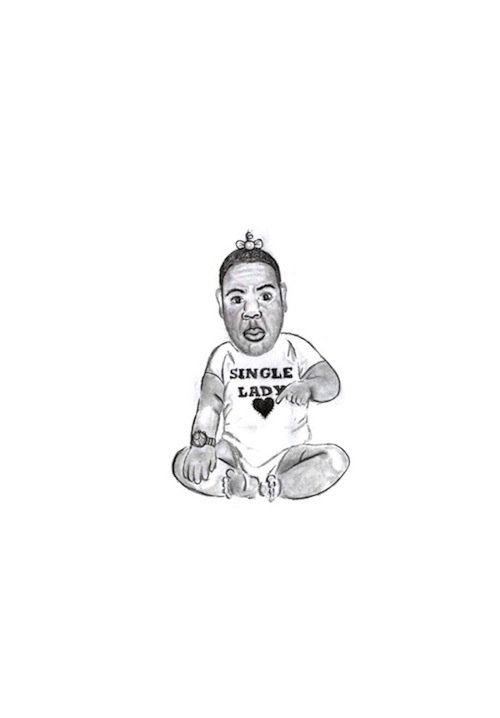 Breaking news: Angelina Jolie has adopted her third baby from a third world country. Jessica Simpson stole Kourtney Kardashian’s baby’s name. Why is Snooki pushing a baby stroller full of beer? Kourtney Kardashian gained 40 pounds during her pregnancy; how does she maintain her pear-shaped figure? Is Kate Middleton drinking alcohol while a soon-to-be-heir is on the way to the British throne? Is Adele going to name her baby after a number like she did her past albums?

The year 2012 is the the “baby boom” generation for celebrity babies. What does that mean? Well, if you        walk into CVS, there’s a 90 percent chance you will be bombarded by deceiving magazine headlines that urge you to invest $3.99 in the latest celebrity rumors.

Upon refreshing my Facebook newsfeed, I was greeted by a picture of a pregnant woman covered in an extremely tight, cleavage-bearing snakeskin top, long nails, dramatic eye makeup and large hoop earrings to top it off. Inside her oversized stomach was a soonto-be-baby. Yes, “Jersey Shore’s” four-foot nine Nicole Polizzi, also know as Snooki, has given birth to her baby, Lorenzo Dominic LaValle.

Snooki got more publicity than the pregnant 9 year-old girl in China.

A week later, I noticed that numerous Twitter accounts had been dedicated to Snooki’s baby. Under the description of one named “Snooki’s Baby” was: “This is the OFFICIAL account of Snooki’s unborn child. It’s hot in here and smells like pickles and vodka.”

Other tweets from this account included: “‘Got Pot’ is trending. I can tell you this much: somebody around here does… #FetalMunchies” and “Smells like booze in the delivery room.”

When asked about the “Jersey Shore” star’s pregnancy, Raspati Horrigan, one of the school library aides, said, “I really don’t care about celebrity babies; I care about normal human people.”

“Before I was pushing, I put bronzer on and [fake] eyelashes,” Snooki confessed in a Sept. 1 interview with “People Magazine”. “I wanted to look pretty for [Lorenzo].”

Our role as a society is to judge and make fun of celebrities, and every stupid decision they make. So when Snooki tweeted her relief of using a breast pump to feed her baby, we automatically questioned whether her breast pump was pumping milk or alcohol.

“Rumor has it” that Adele is going to be a mom.

Staples students had much more positive things to say about the deeply influential songwriter and artist Adele.

“I am happy for Adele, but I’m not interested in Snooki,” Sofia Weinberg ’15 said.

First a secret marriage, now a secret pregnancy. With two months left in her pregnancy, Adele just recently informed her public that she is expecting.

“Adele is rolling in the deep now,” said Daniel Kaseff ’14.

Obviously we have more respect for people who contribute useful and inspiring things to our society.

The radio station Kiss FM said, “She’s not the type of girl who wants a massive church wedding, hundreds of guests and photo rights sold and tons of security.” This is a clear contrast to Snooki, who pictures her ultimate wedding with zebra carpets and leopard print and hot pink dresses. Print clash, much?

“If you liked it, then you should have put a ring on it.”

Now, Beyoncé has the ring and the baby. Beyoncé Knowles unbuttoned her purple sparkly jacket and rubbed her belly, officially announcing she was pregnant at the 2011 MTV Video Music Awards.

Although Beyoncé gave birth to her daughter on Jan 7, confusion still remains at her baby girl’s name, Blue Ivy.

“Didn’t Beyoncé name her baby something stupid? Like poison ivy or something?” asked Noel Sosnoski ’15.

Great question. If you were to ask Glozell, a popular YouTube comedian, she would give you this response as her impersonation of Beyoncé: “Ivy means four, which is my favorite number. And blue is from Jay-Z’s album…Blueprint.”