A Celebrity In Our Midst? Nevona Friedman on Her Booming Website, Latfbro.com 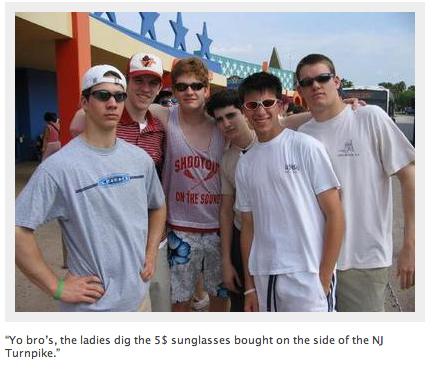 Nevona Friedman ’12 can be found navigating the halls of Staples High School like any other student, and you might never know that behind the large square glasses and edgy hair cut, sits the brain deserving the credit for http://latfbro.tumblr.com/, one of the most viewed websites by Staples students. 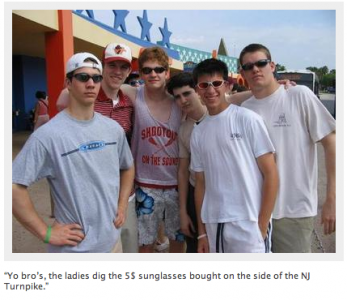 Freidman started the website with Sam Mark ’12 of Trinity-Pawling School in New York at the start of last year. They post fun photos of people just “bro-ing it,” with clever captions underneath such as,

“I’m not sure if these people are cool, but they’re definitely cooler then you.”

Friedman said, “I would describe [Latfbro] as a website playfully mocking bros. People send us pictures of bros they know, and we write a funny caption for the photo, often from the perspective of the bros.”

They had plenty of pictures to use from Mark and his friends, because “boarding school guys have nothing to do but be bro’s all day,” said Friedman.

The idea for http://latfbro.tumblr.com/ began when Friedman and Mark took notice of the upcoming trend that would soon overwhelm the entire country.

“We were like, there’s not really a bro market yet, so we could definitely do something with this,” said Friedman.

After the site started to take off, the co-founders began paying for Latfbro’s own .com, and generating an income for the site through an ad revenue source. The co-founders set up an email address, latfbro@gmail.com, where people could send in their own pictures.

This made the creators lives much easier, as “it gave us permission to use it,” said Friedman, which avoids the problem of copyright, and gives the site a more sought-after vibe. The site has grown to the point that they get at least one e-mail a day with a picture.

“We’ve gotten [pictures] from all over the world. We had one from Australia last month, which was pretty cool. I didn’t even know they had laxbros in Australia, but apparently they do,” said Friedman.

As for site maintenance and the techy stuff, Friedman and Mark have coded the site, using HTML, to give it a clean-cut look and they try to post every day or every other day.

“Whenever we find something really funny we definitely want to put it up as soon as we can,” Friedman said.

But it’s not that easy. Posts don’t go up telepathically, and Friedman said, “[Latfbro] takes a lot of effort…it requires a lot of monitoring and promotion.”

This effort wouldn’t be such a struggle if Friedman didn’t also have a job. Yes, not only does Friedman take part in the upkeep of a blog that gets up to 500 hits a day, and from every continent in the world, but she also has a job.

Friedman recently took a job at http://www.partisanrecords.com/, a record label in Brooklyn she interned for over the summer.

“I had done a little bit of band management and promotion before, and also with the website I was getting into Internet marketing through Latfbro and just getting word out for stuff. I wanted a record label internship really badly, so I applied to a lot of places, but I went in for an interview here and I guess they liked me, because I got it,” Friedman said.

Friedman believes that this was “the most amazing summer ever,” because she got to go out with the bands to shows, talk to venues, work in booking, and even attended meetings.

“I never had to do intern stuff like get coffee or anything, I felt like I was a real employee,” Friedman said.

Because of the new job, Latfbro has taken a seat on the sidelines, but for people not as busy as Friedman, she recommends using tumblr to get their own blogs started.

“Tumblr’s definitely a good place to start if you don’t know how to make a website, because its very easy to just put a photo and a caption, and it gets out to everyone. There are certain advantages to tumblr like reblogging that are pretty unbelievable forms of marketing,” Friedman said.

So get a start like Friedman’s through tumblr, and who knows, you could end up with just as much of a success story as her, because “ [Latfbro] shows how easy it is to bring an idea to life with some hard work.”

Look for Friedman’s work at http://latfbro.tumblr.com/