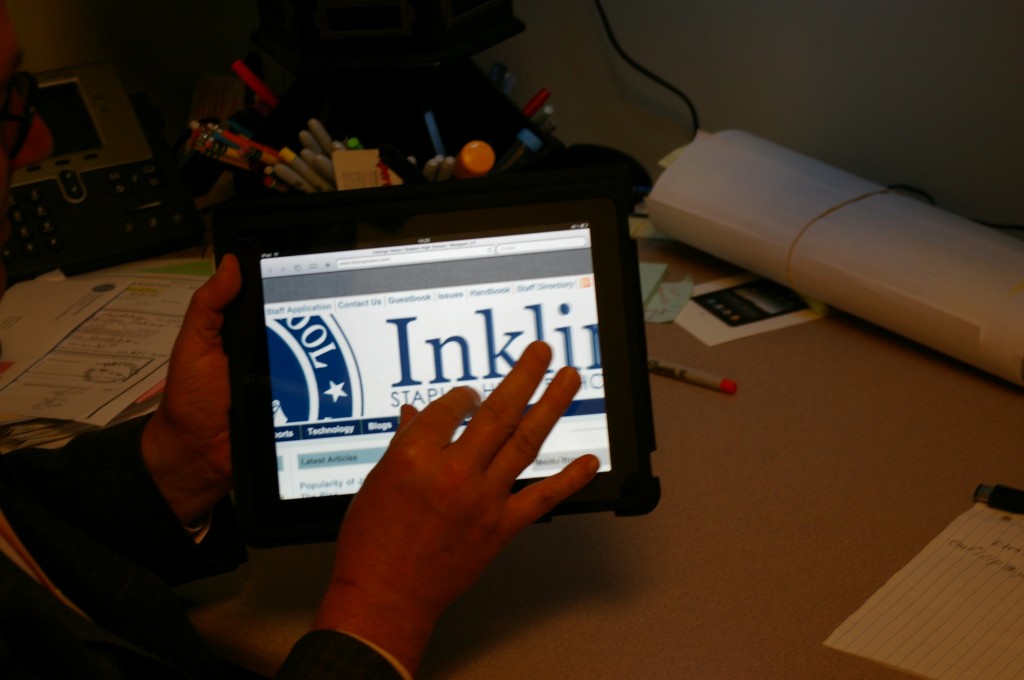 The iPad. It feels like a computer, looks like an iPod and plays videos like a high-definition theatre. It’s the device that can do it all, but it’s also the gadget that might be losing popularity because it could do too much.

At 9.7 inches long, the iPad features a touch screen that is similar to that of an iPod Touch. While it generally functions like a portable computer, the iPad promotes its immaculate video quality and an e-book feature that competes with the Kindle.

“I love the fact that you could basically do whatever you want on it,” Cam Marco ’13, who has recently purchased an iPad, said.

While Marco extols its versatility, the iPad has actually garnered criticism for its impracticality. In particular, its inability to run two programs at once and its lack of video or audio chat features (which were rumored to be in its original design) have drawn disapproval.

“I don’t really see the point of it,” Courtney Dionne ’11 said. “[Apple] is just recycling old technology and marketing it as a new brand.”

While the iPad’s popularity has certainly been seen around the Staples cafeteria and library, it has only reached a niche audience. In three junior classrooms, only four kids out of more than 80 students had someone with an iPad in their family.

“Even though most kids think it is a cool entertainment device, a lot of people already have iPod touches and see no practical use for spending the money,” Alex Ratner ’10, who has an iPhone of his own, said.

At $499, the iPad is more expensive than most phones and Apple’s own iPhone and iPod Touch. However, its price compares very favorably to laptops and computers, which can often exceed thousands of dollars. Such is something Marco acknowledged before he bought the iPad.

“The iPad is a revolutionary device at an affordable price,” said Marco.

For one Staples student, however, the iPad came completely free. Much to the disappointment of a highly-anticipated crowd, Remy Nolan ’12 won an iPad as part of the raffle for the junior prom.

While the device is brand new, Nolan already has taken an interest to it.

For those who have it, the iPad seems like a novelty. With so many functions, students say they find it impossible to get bored with and incredibly fun to play with. However, there is a thought that the device will not catch on due to the large number of Staples students who own iPods and laptops.

“I don’t think people are getting it because they know they have the same capabilities in the iPhone or in a laptop,” Paul Kim ’11 said.

Will the iPad become an iFad at Staples? Only time will tell.